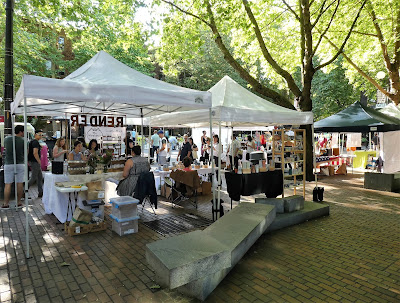 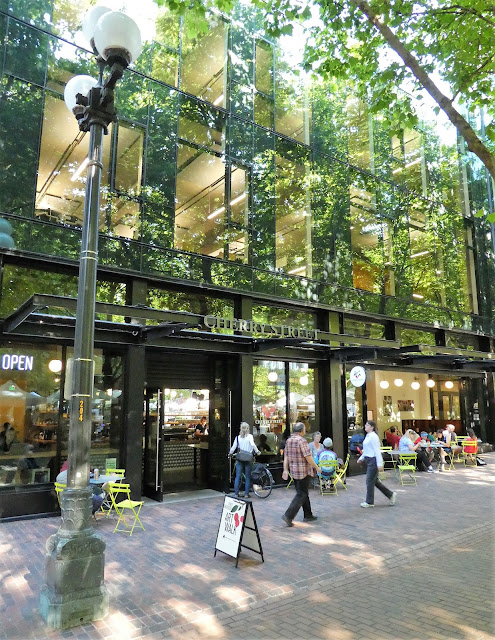 The Weyerhaeuser headquarters, offered for sale in 2020. 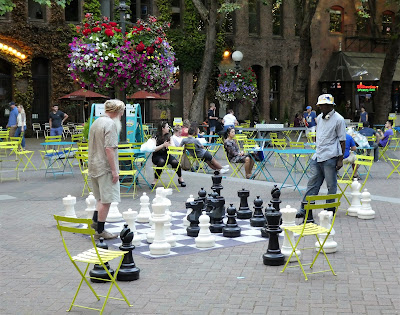 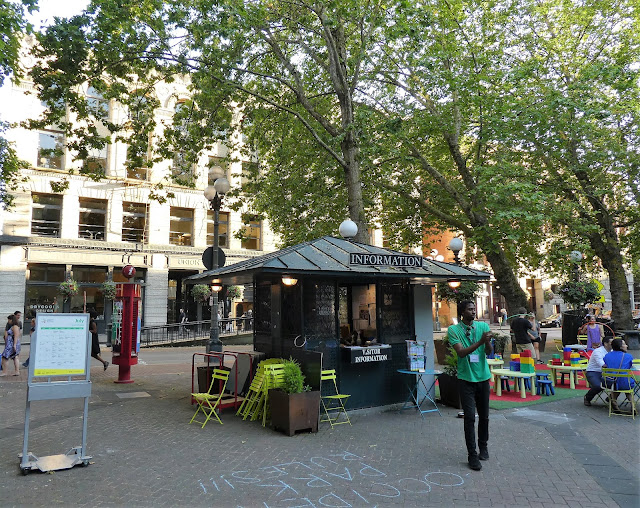 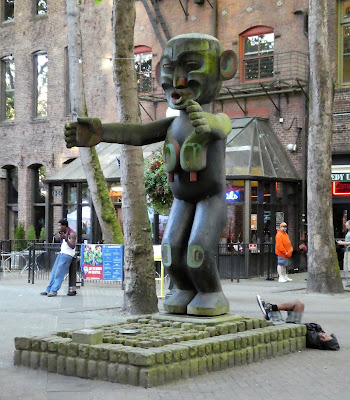 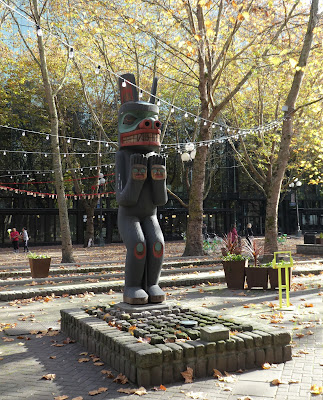 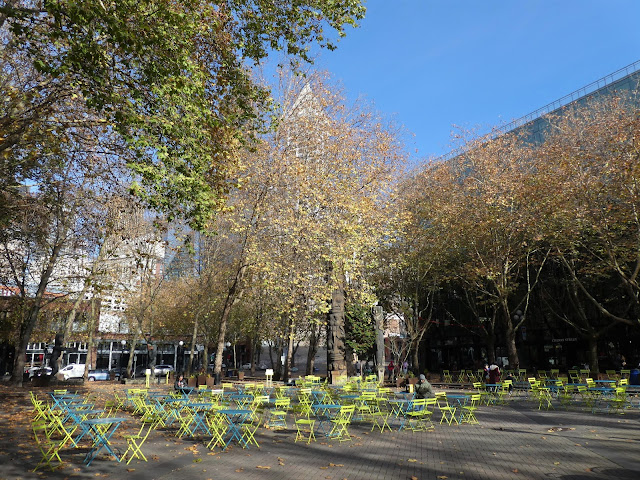 Photos above taken in 2018
Occidental Square (117 Washington St) is a city park covering 0.6 acres at the center of  Pioneer Square in Seattle, entirely paved with bricks & concrete pavers.  It was cobbled together when 2 blocks of Occidental Avenue S were closed to vehicular traffic & joined with half a city block behind the Grand Central Building, that had been a parking lot.  That happened in 1971, during the general renovation of Pioneer Square, Seattle's oldest neighborhood.  Dozens of mature shade trees now stand in graveled wells.  The park has 4 monumental sculptures (2 are totem poles) carved from cedar in the northwest coast native style.  A tasteful children's play area was added in 2019.  Construction of a wood & glass pavilion began in June of 2020 & was expected to be completed in Spring 2021.  It will cover a 30-by-90-foot area with a glass canopy supported by timber beams & steel columns. This sleek shelter will have an information center & can be used as an outdoor classroom, stage, or covered seating area. Events, such as a weekly crafts fair, live music, food trucks & art installations are normally scheduled during the summer, when you can also find tables & chairs, ping pong tables & a giant chess set during more quiet times of the week.  The Grand Central Building, a historic building with ground floor retail, opens onto the park.  Facing the park on the opposite side, is an elegant modern building of brick & glass built by the Weyerhaeuser Company as its new headquarters in 2016.  Many shops & restaurants can be found nearby.  Some flank the single block of Occidental Ave, now known as Occidental Mall (between S Main St & S Jackson St) closed to cars, nicely paved in brick & lined with historic buildings.
Posted by Jordan Jackson at 3/12/2021