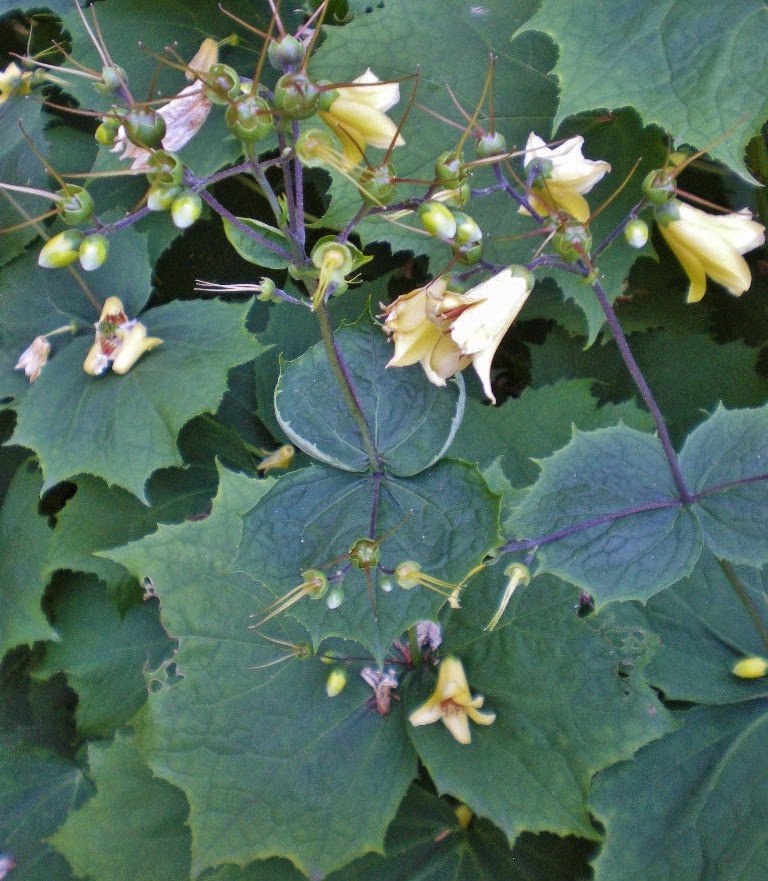 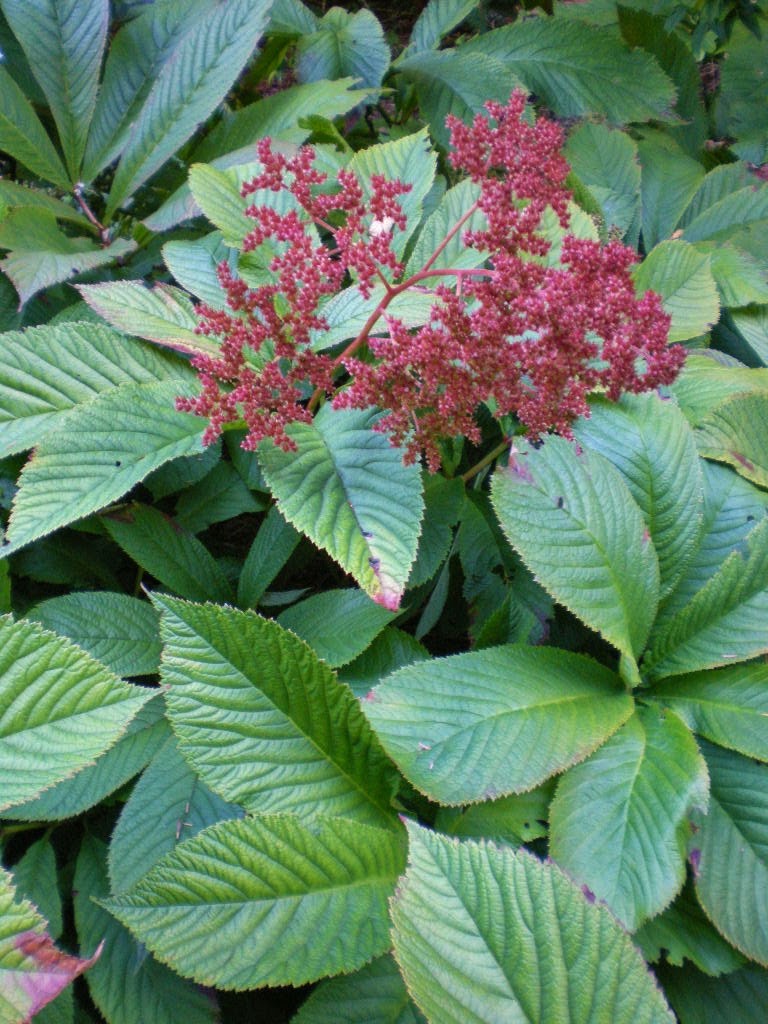 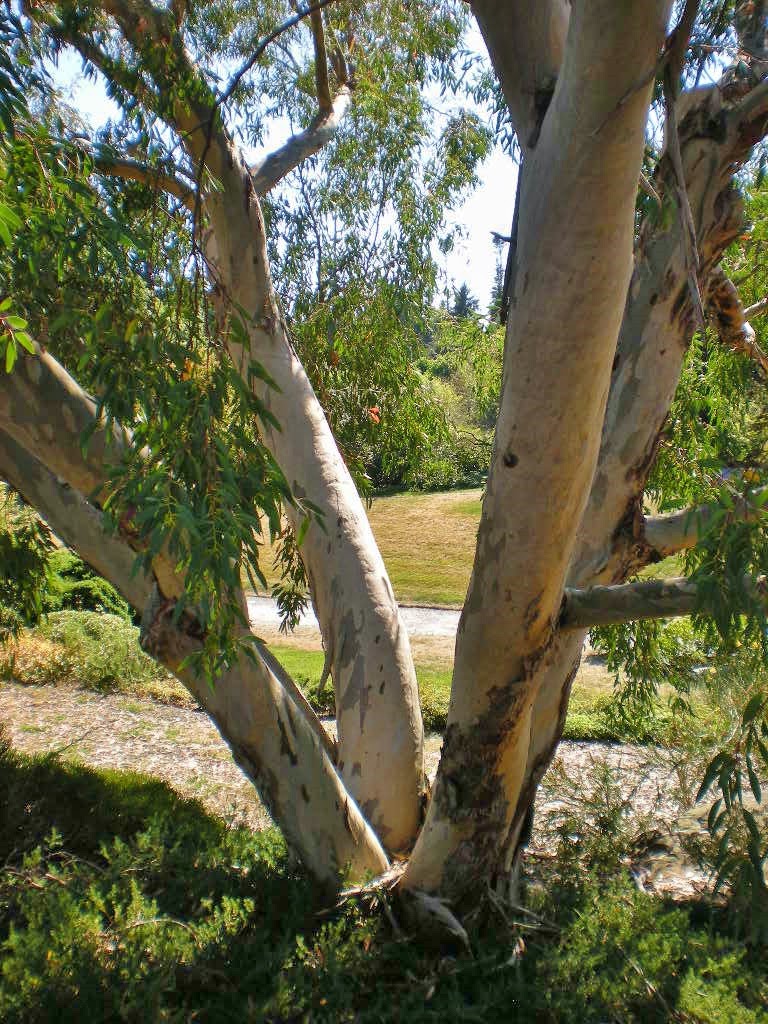 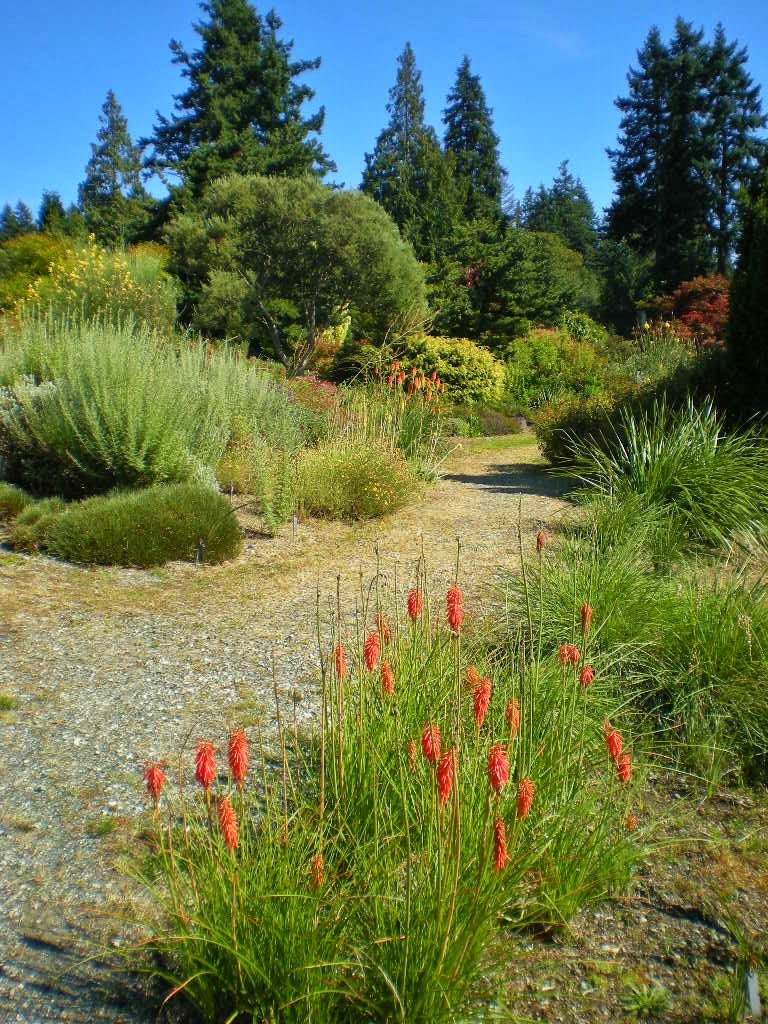 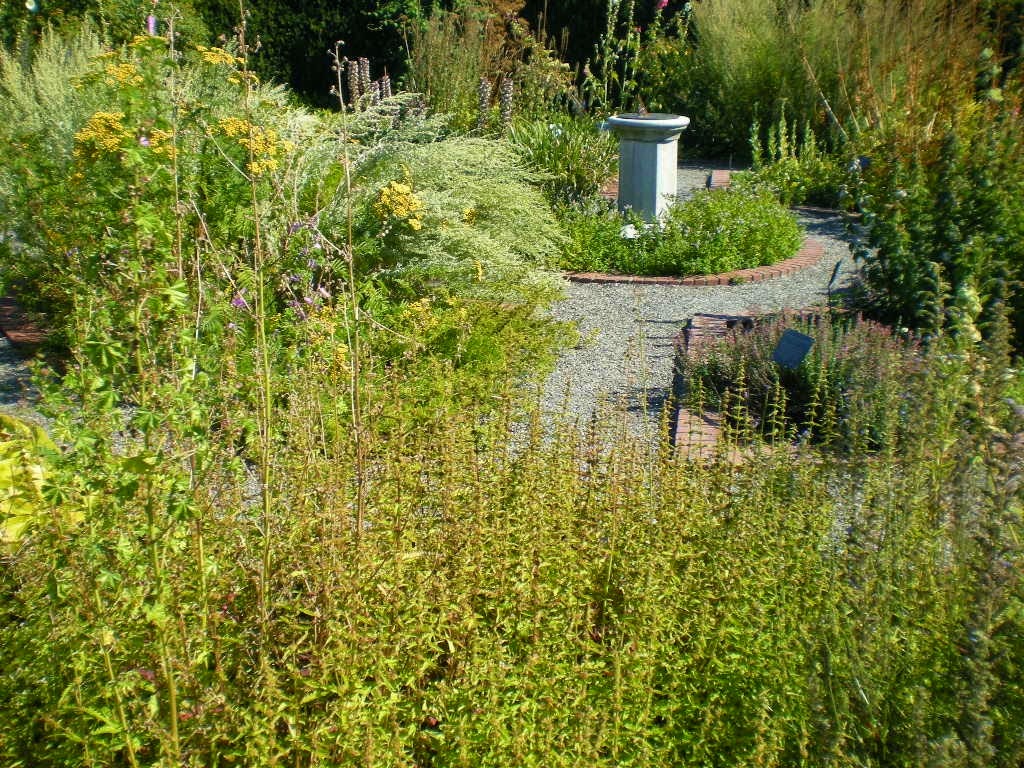 Physic Garden.  All photos were taken in August 2014.

The UBC Botanical Garden is a charming place to visit at any time of year.  The garden was established in 1916 at the University of British Columbia.  Plants of every type cover the garden more than 100 years later.  The David C Lam Asian Garden is forested with Asian trees.  Quite large Rhododendron of many species expand beneath them.  Areas near this garden are also forested with species of Acer, Cornus, Magnolia, Sorbus &  the family Styracacia from North America & Asia.  The Greenheart TreeWalk is suspended between the trunks of tall BC native evergreen trees.  The E H Lohbrunner Alpine Garden, with many small shrubs & rather few trees, is a stark contrast.  Xeric plants from around the world live here.  A pedestrian tunnel leads from the shaded forest to this sun-drenched part of the botanical garden,  Here you will also find a physic (medicinal) garden laid out in a formal pattern of concentric circles.  The entire botanical garden covers 110 acres.  Allow at least an hour to walk its many paths.
Posted by Jordan Jackson at 3/03/2017 No comments: