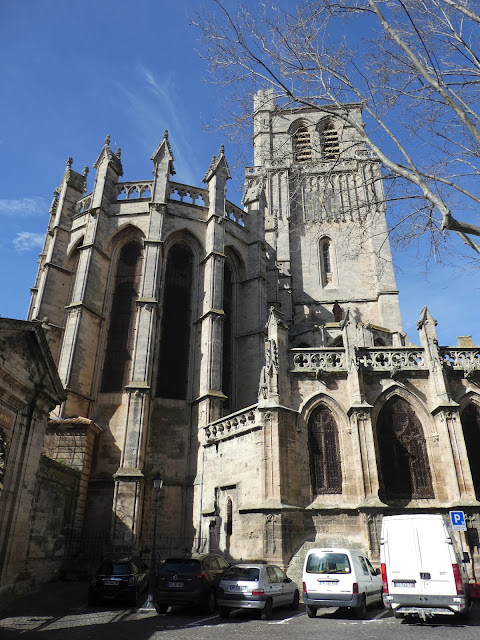 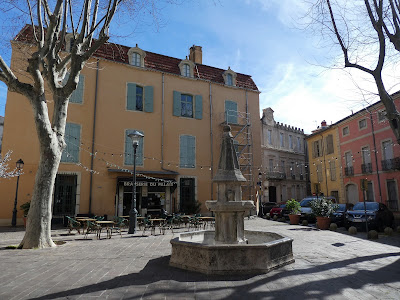 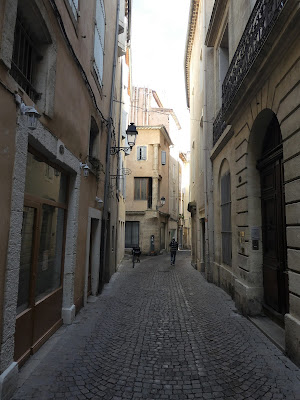 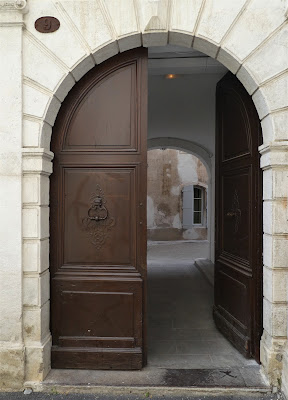 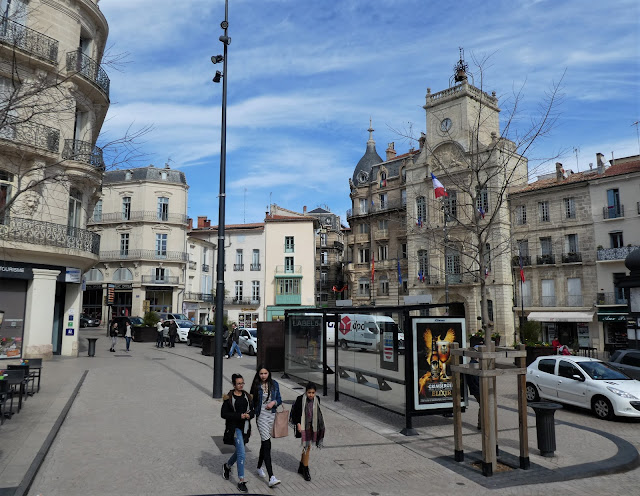 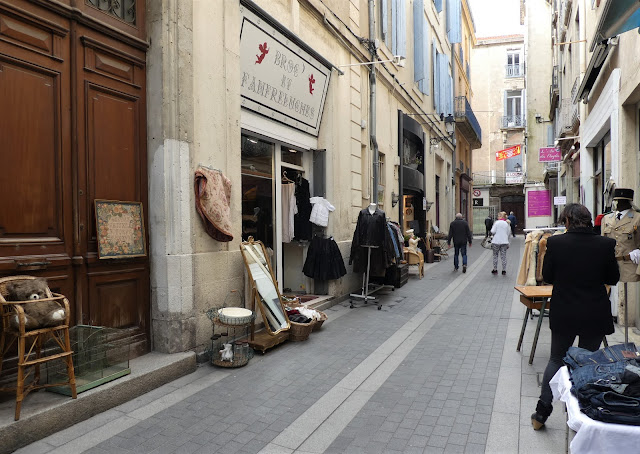 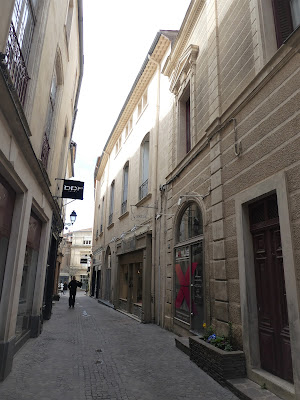 The old city or centre ville of Béziers has an array of medieval streets unlike any urban plan seen in the United States.  Certain shopping villages have a similar designs with wider streets & cars.  A closer comparison might be at a complex of closely spaced apartment buildings.  But what if this model were copied more closely in US urban planning?  Walkability would be very high.  Density on this level would have a certain charm when commercial spaces & small open spaces were combined with housing.  Access to nearby green spaces would be essential.  Every roof could be a deck with abundant planters & vigorous plants.  There should be easy access to frequent & speedy public transit.  There would be few cars, mostly in underground parking. Doesn't that sound like an urban paradise?  I'd like to see this happen.  Perhaps somewhere it has.

Béziers is a very charming small city on the Mediterranean coast of France.  It's not far from Montpellier where I was staying when I made a day trip to Béziers.  I was quite enchanted, not only with the narrow streets, but the high quality of the buildings, which are tastefully designed & mostly well maintained.  The medieval cathedral is impressive both inside & out.  There is a beautiful view down to the river & bridge from there.  The narrowest streets of the old city are in a small area just behind the cathedral.  There is an attractive central plaza nearby.  An abundance of narrow streets with ground floor shops flow from the plaza.  The centre ville doesn't cover a very large area, but comfortably covers the top of the hill. Béziers is one of the oldest cities in France. Research shows that Béziers dates from 575 BC. Béziers was largely destoyed during the Albigensian Crusade in 1209. Rebuilding started as early as 1215. The restoration continued until the 15th century.

From my travel journal: 3-8-17 Wednesday.  I got to the train station at 8:30 AM. I got on the train to Béziers at 9:30 & arrived at 10:30. I had low expectations for Béziers, because someone on the Internet said that Narbonne (which was just okay) was better than Béziers. But Béziers was great, way better than Narbonne & more charming than Nimes. The old city was lovely & well-integrated with the rest of the city. The streets near the cathedral were a very narrow warren & connected to a lovely plaza where the city hall & many shops were located. The cathedral was impressive but not huge, with vaulted ceilings that almost gave the impression of being underground, in spite of their height. There were views down to the river from outside & it was very windy there. Much of the city is on a hill. The shopping streets near city hall were narrow with eclectic shops. There were vintage/antique shops together on one street with items arranged outside, along the walls, to very charming effect.
Posted by Jordan Jackson at 8/02/2019 No comments: