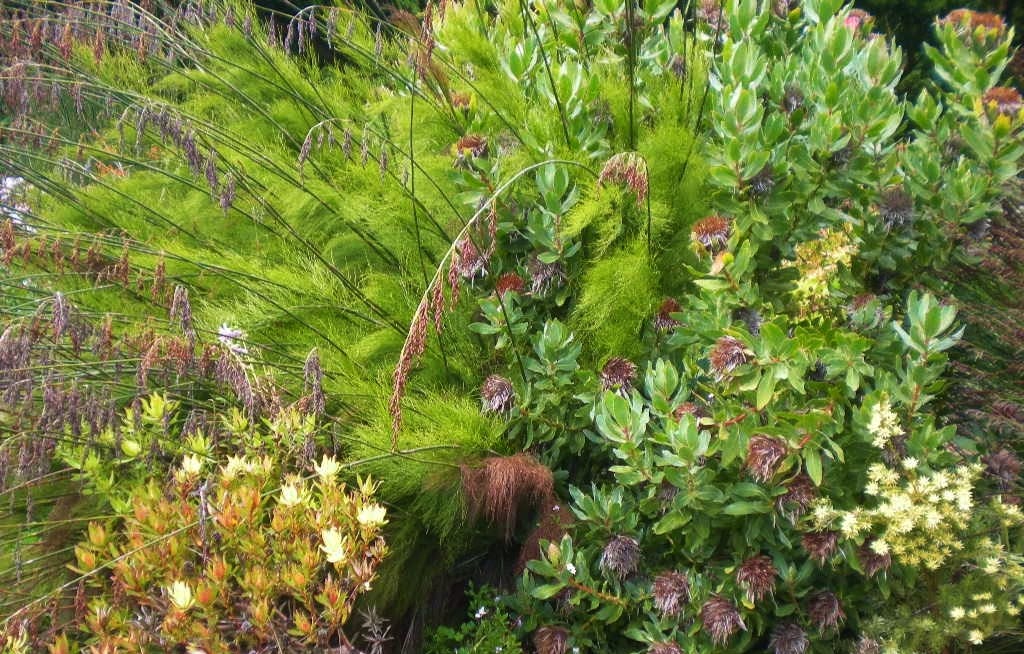 Members of the families Proteaceae & Restionaceae from South Africa. 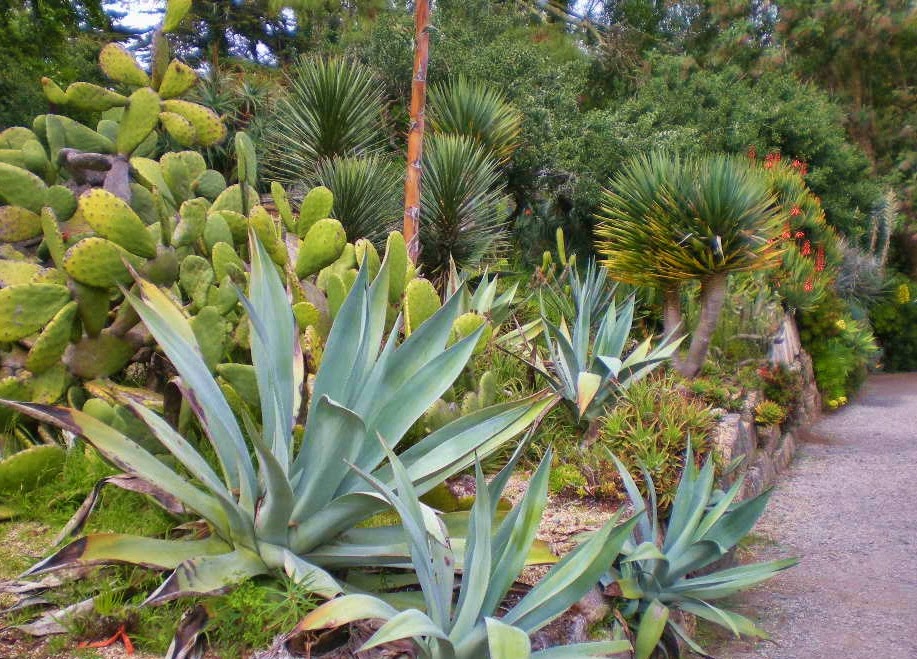 Agave americana in the succulent garden. 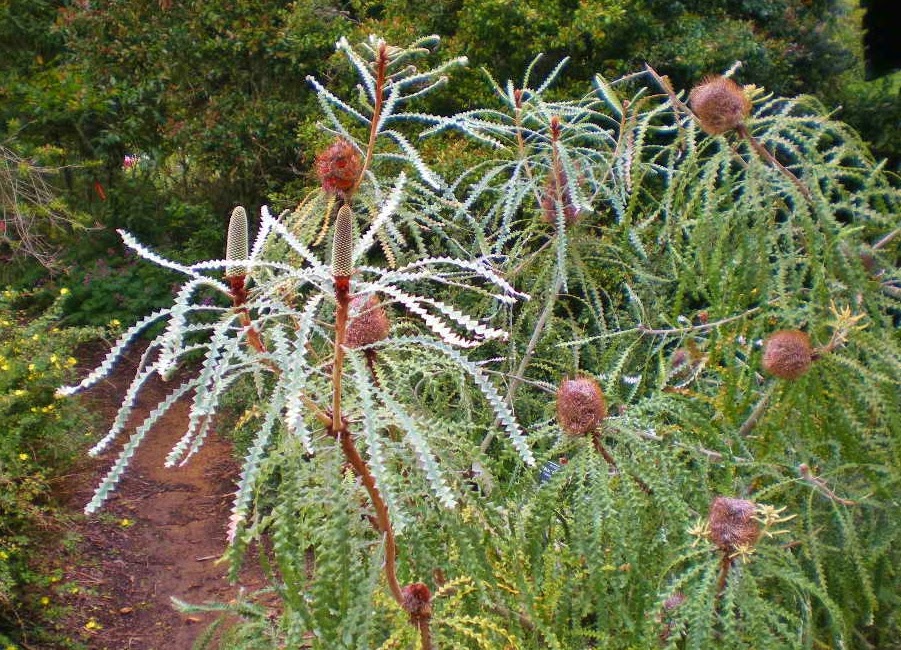 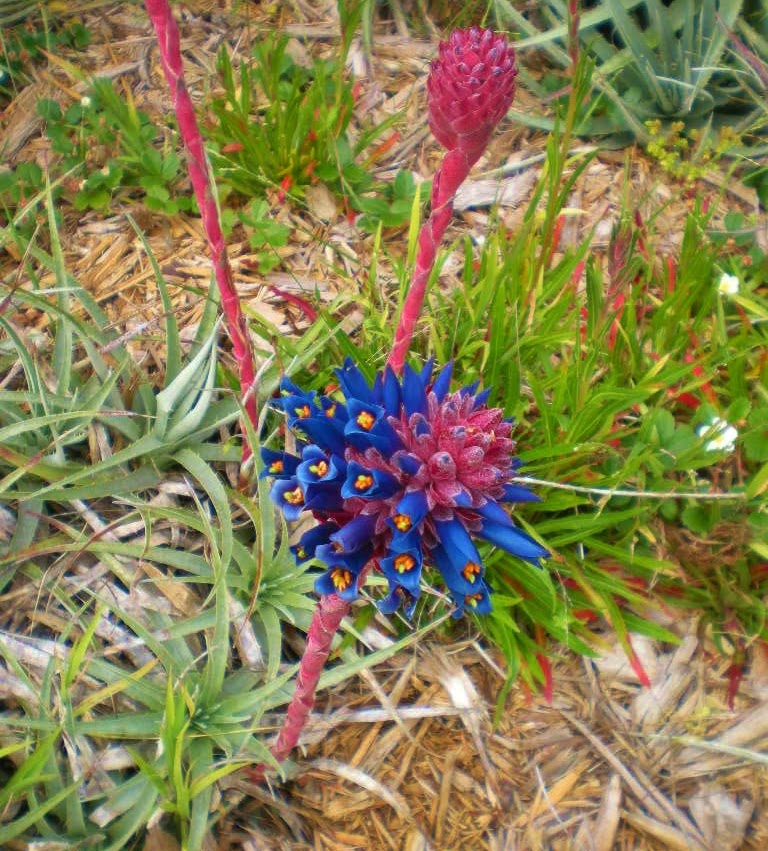 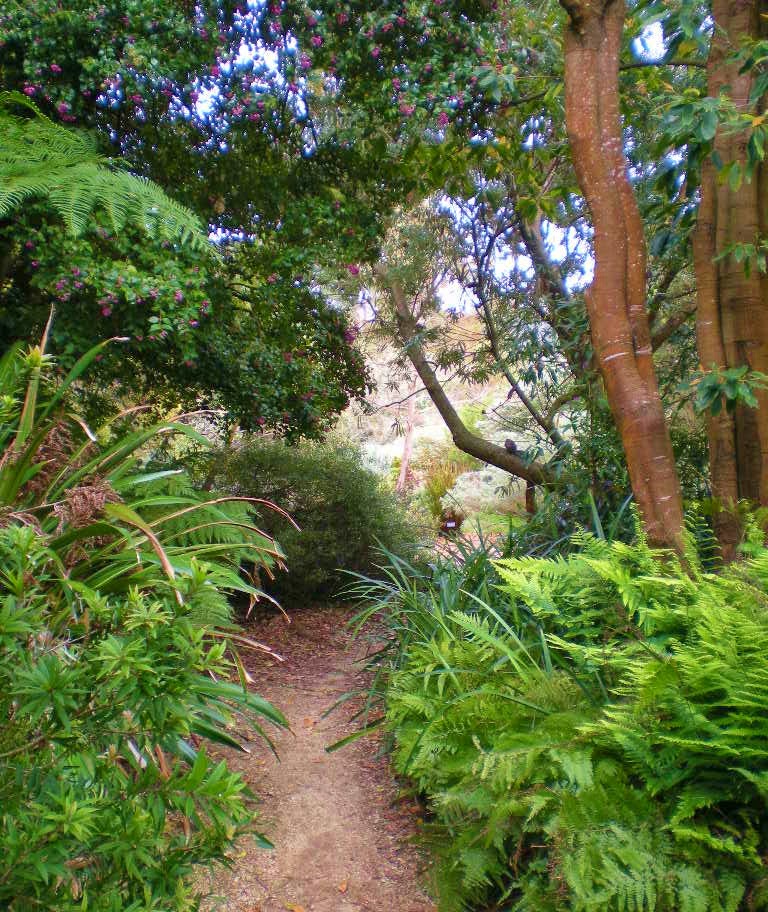 The Chilean collection.  All photos were taken at the San Francisco Botanical Garden in April 2014.

Landscape architect Robert Tetlow prepared a master plan in 1959.  It established present features such as the great meadow, the fountain & the basic layout of the gardens.  I consider the meadow a great waste of space.  Seven existing gardens were renovated in the 2000s & the Southeast Asian Cloud Forest was added at that time.  Maintenance is not always very good at the botanical garden.  I have been disappointed in almost all of the plant collections at different times.  I've visited the garden every few years since I left San Francisco in 1992.  The Moon-Viewing Garden, added in the 1970s, was looking rather bare in 2014.  The Arthur L. Menzies Garden of California Native Plants has been a constant delight.  The Succulent Garden is always impressive.  The South African, Chilean, Australian & New Zealand gardens wax & wane.  But overall, it's a wonderful experience for people interested in plants.
Posted by Jordan Jackson at 9/04/2015 No comments: