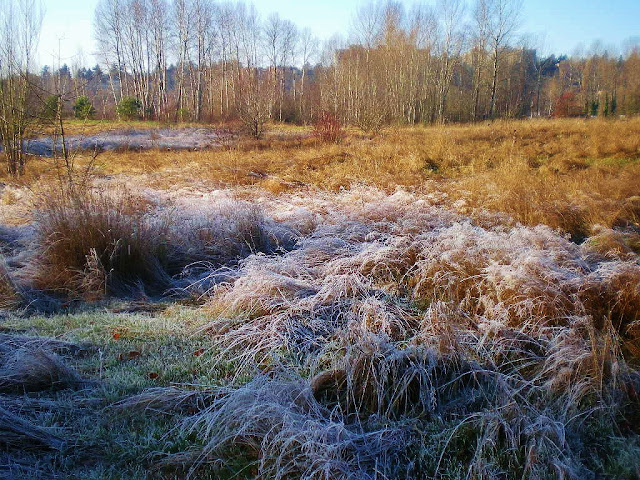 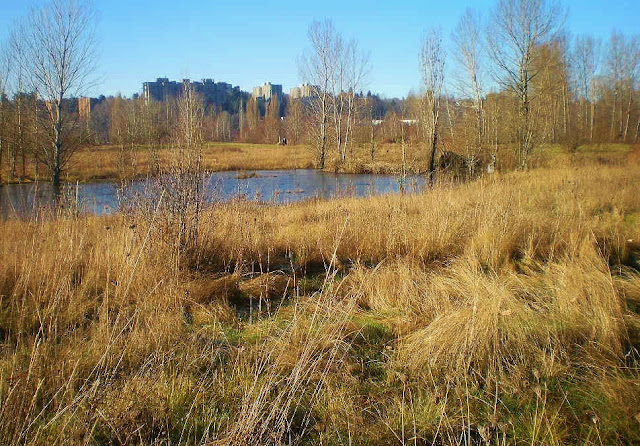 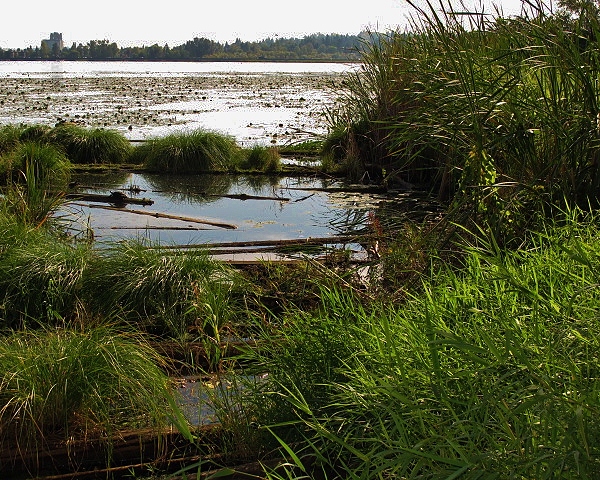 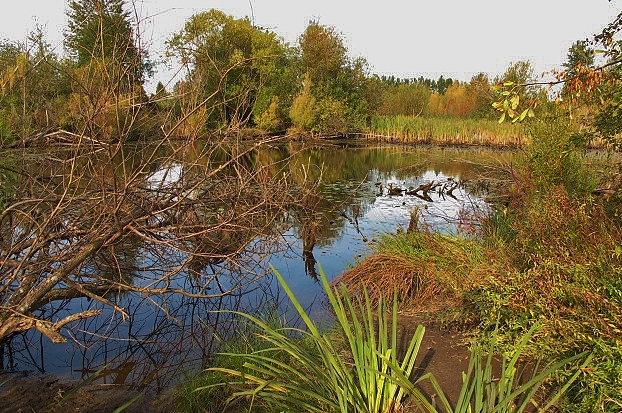 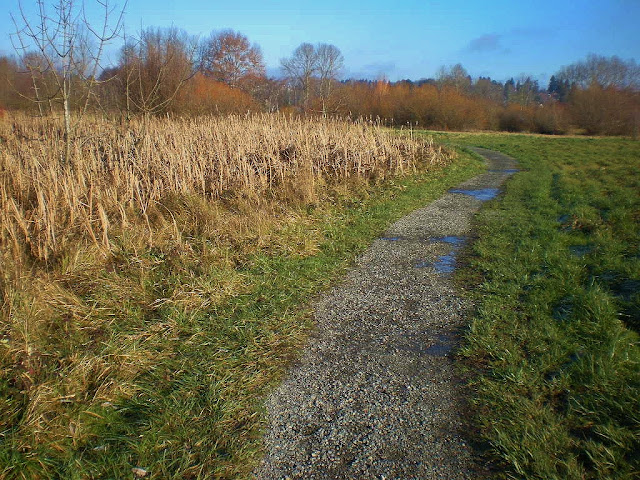 The Union Bay Natural Area is located near the University of Washington in Seattle.  It consists of marshy terrain on the shore of Lake Washington at Union Bay.  It covers 74 acres with 4 miles of shoreline.  It is the second largest natural system left on Lake Washington, the largest lake in western Washington.  Bird watching is particularly good here.  A wide & level trail can be accessed from the Center for Urban Horticulture on NE 41st Street.  I think this is an excellent place to visit during freezing weather, when the ponds are covered with ice & the rocky lake shore becomes partly frozen.  In summer, you can see Western Painted Turtles basking on logs in the water.
Posted by Jordan Jackson at 1/02/2015 No comments: