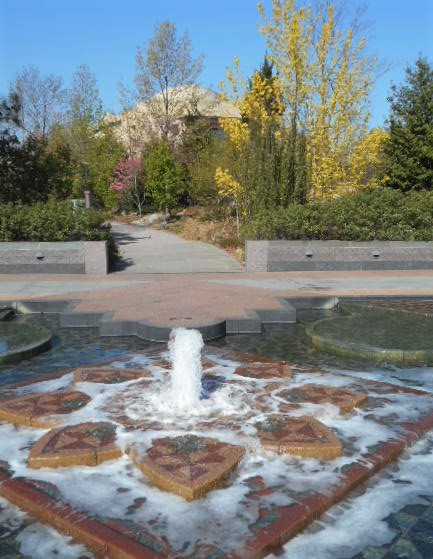 The fountain has a beautiful pattern of stone. A garden of regional plants is beyond. 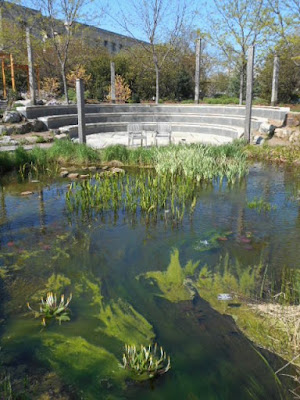 The pond has a natural appearance. 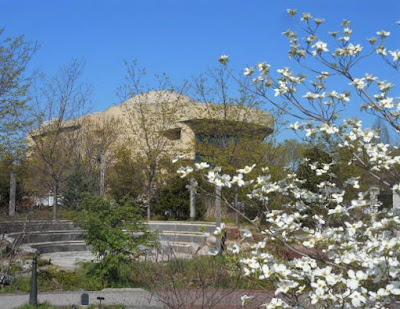 The National Museum of the American Indian is in the background. 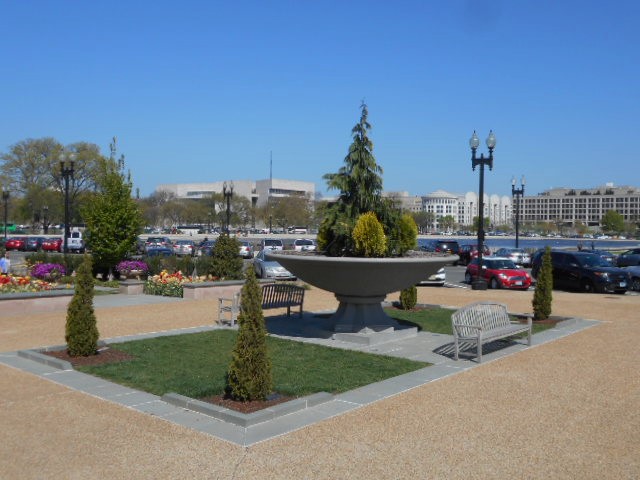 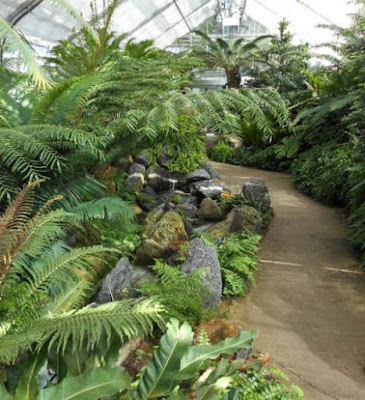 The conservatory is filled with tropical & desert plants. These photos were taken in April 2016.

The United States Botanic Garden is located in Washington DC very near the US Capitol Building at the foot of Capitol Hill.  As far as botanic gardens go, it is not very large.  A significant part of the garden is the conservatory, which has an impressive collection of plants from around the world.  Though rather small, the garden itself is quite lovely.  It has a nice pond, a beautiful fountain & impressive views of the surrounding buildings, particularly the National Museum of the American Indian just across the street.  First proposed in 1816, a national botanic garden was established on the National Mall in 1820.  That garden languished, but reopened in a new location in 1850.  The National Botanic Garden moved to its present location in 1933.  A series of conservatories have been prominent for more than 150 years.  The current conservatory was constructed in 1933.  The National Garden, which covers 3 acres outside the conservatory, was opened in 2006.  It includes a regional garden of plants native to the Mid-Atlantic.  Bartholdi Park is also part of the National Botanic Garden.  It was created in 1932 & renamed in 1985 after Frederic Auguste Bartholdi, sculptor of the fountain at its center.  Bartholdi Park was closed for renovation when I was there in 2016, but that was completed in 2017.
Posted by Jordan Jackson at 7/06/2018 No comments: