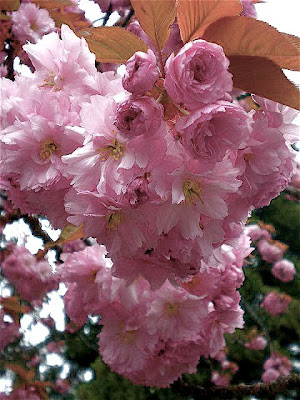 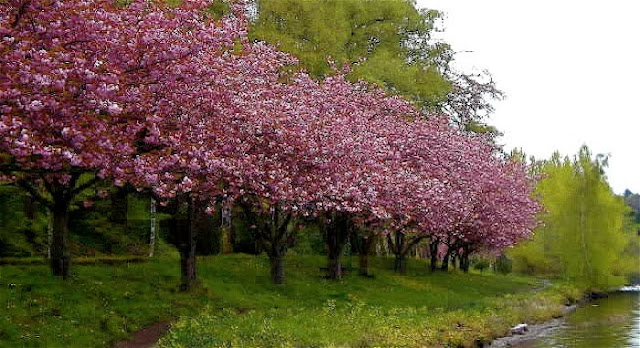 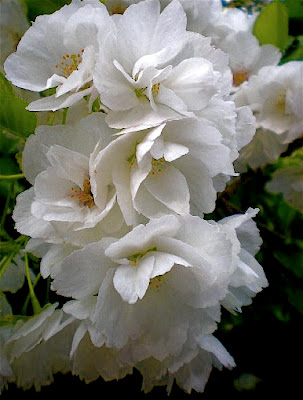 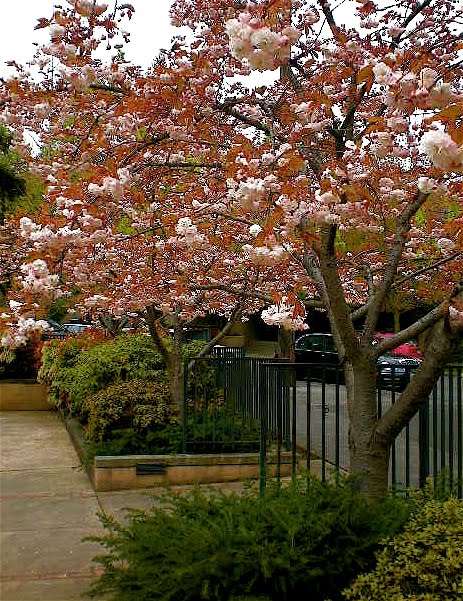 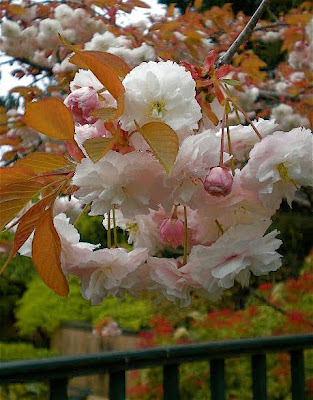 It is cherry blossom time in Seattle, as anyone here can tell you.  Prunus serrulata has been blooming throughout the city for several weeks.  The Seattle Cherry Blossom & Japanese Cultural Festival will be held at Seattle Center in the Center House & Fisher Pavilion April 16-18, 2010.  A stone lantern, located at Seward Park, was given to Seattle in 1929 by the citizens of Yokohama in gratitude for the aid Seattleites provided after the earthquake of 1923.  The Seattle Japanese community then donated 3,500 cherry trees to Seattle to commemorate that gift. The trees were planted in Seward Park, along Lake Washington Boulevard & on the University of Washington campus.  The Cherry Blossom Festival commemorates Japan's gift of 1,000 cherry trees to Seattle in 1976 as part of the U.S. Bicentennial celebration.  Hanami (blossom viewing) has been an important spring rite in Japan for over 1,000 years.
Posted by Jordan Jackson at 4/14/2010

Jordan
I love Seattle and your post reminds me that I'm due for a trip. Usually visit in Summer;-)
Now I'm invited to a wedding in September, so maybe I will make it this year!
Found you on Blotanical, btw...
Alice
aka Alice's Garden Travel Buzz

Hi Jordan - Oh, there is nothing like cherry blossom time. It cheers the heart like nothing else! The big pom poms are almost too much, but then they aren't. You found so many ways to view them. Lovely and amazing! Thanks for the verbascum ID, they also are spreaders, aren't they? Still, those leaves...

Jordan,
That shot along Lake Washinton Boulevard was worth waiting for! We are still a week or two behind you here in NH. It will make my springtime posts old news be the time I post them. The tulip shots were really nice as well.

Hi Jordan - thanks for visiting my little blog project. Wish the cherry blossoms were out here, but we are a couple of weeks behind you. I'm going to take my bush to a nursery this weekend to see what it is. I didn't think it was a viburnum either.

We sure are lucky to live in the PNW and to see all these gorgeous cherry blossoms.