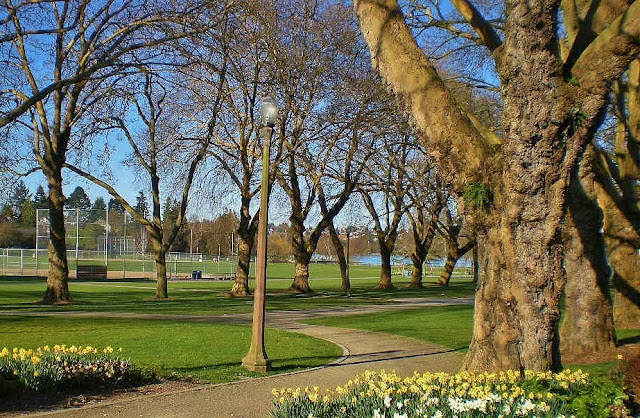 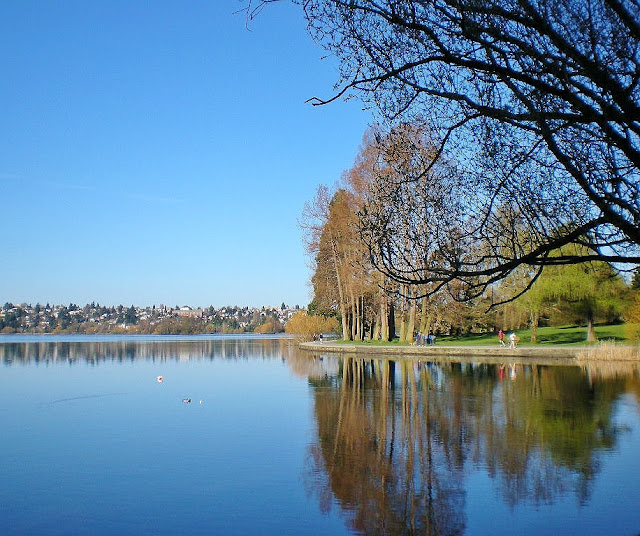 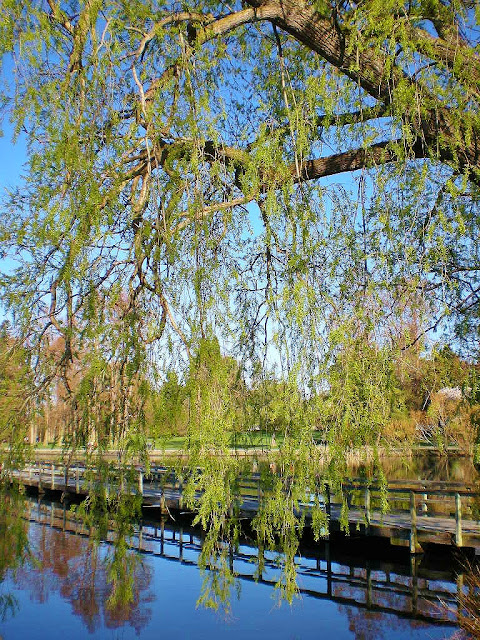 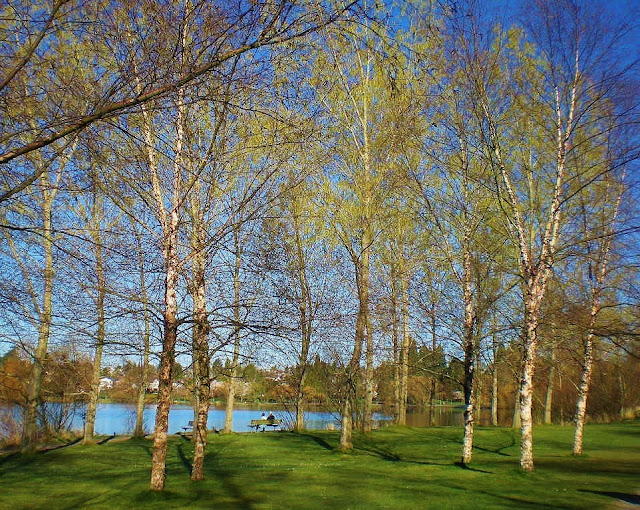 Green Lake Park is probably the most popular place to walk in Seattle. Green Lake is surrounded by a 2.8 mile path. The path consists of an inner unpaved trail and an outer asphalt path with two lanes, one for pedestrians and one for bicycles and roller skates. The inner pedestrian lane is bidirectional, while the outer wheeled path is unidirectional, counterclockwise. There is also an outer unpaved 3.2 mile path along the edge of the park.

Green Lake has a surface area of 259 acres and a maximum depth of 30 feet. It has been dredged to maintain that depth. The lake lacks both inflow and outflow. It once drained into Lake Washington via Ravenna Creek.  But in 1911, the water level was lowered by 7 feet to create parkland in accordance with the Olmsted plan, causing the creek to dry up. Ravenna Boulevard was constructed over the creek bed. The lake is now fed by rainfall, storm runoff, and Seattle's municipal water supply.  There is a continuing problem with algal bloom, when the lake is closed to swimming and wading.

The bathhouse, built in 1927, is now home to the Seattle Public Theater at the Bathhouse. Across the lake from the bathhouse, in the northeast part of the park, the community center was built in 1929. It contains two conference rooms, a gym with showers and bathrooms, and a stage. Tennis courts were added in 1945, then Evans Pool in 1955.

The Green Lake Aqua Theater was built for the first Seafair in 1950 for the Aqua Follies, which continued to run during Seafair until 1965. In the summer of 1962, coinciding with the Century 21 Exposition, the Aqua Theater saw its greatest amount of use. After 1965, it was mostly abandoned, then partially demolished in 1970.  It makes an impressive ruin. The southwest corner of the park, near the Aqua Theater, connects to Woodland Park.

In the summer, Green Lake is popular for swimming and boating. Motorized boats are not allowed. The Milk Carton Derby is held annually on the lake as one of the opening events of Seafair. The Green Lake Small Craft Center, a Seattle Parks facility, is located on the south end of the lake. It houses both Green Lake Crew and the Seattle Canoe and Kayak Club.

Within the lake is a small artificial island called Duck Island. It was built by the WPA in 1936 as a wildlife sanctuary.  It is off-limits to people.

This information is from Wikipedia.
Posted by Jordan Jackson at 11/06/2015 No comments: