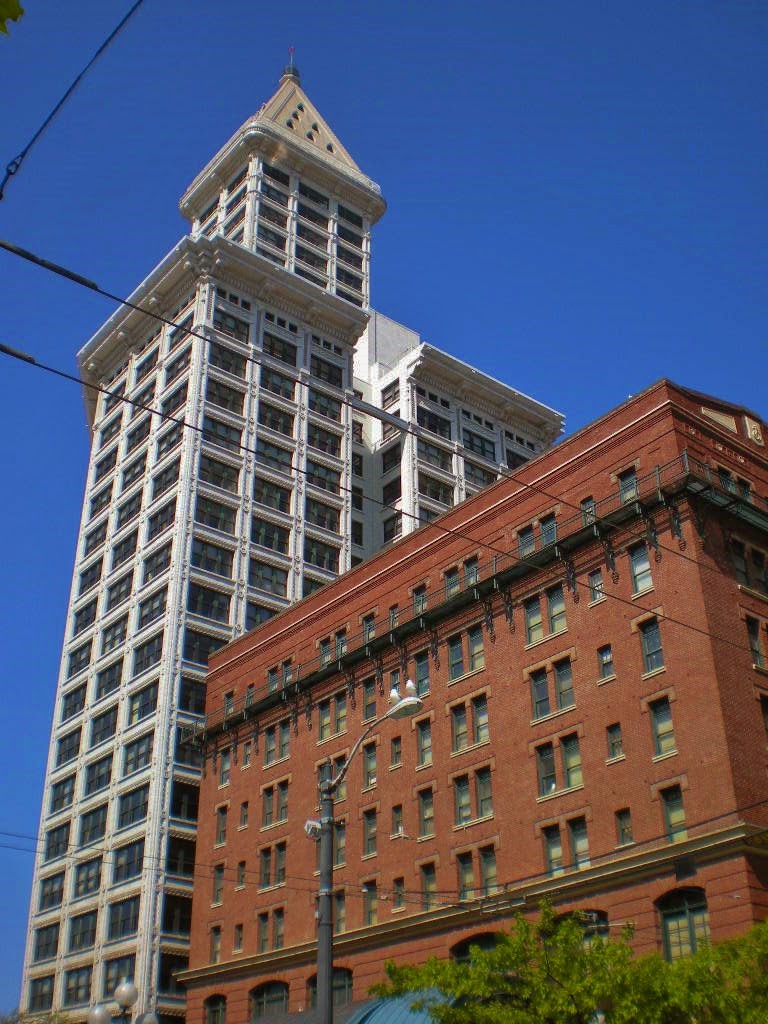 The Smith Tower (located on 2nd Avenue) is seen behind this brick building on 3rd Avenue & Jefferson Street. 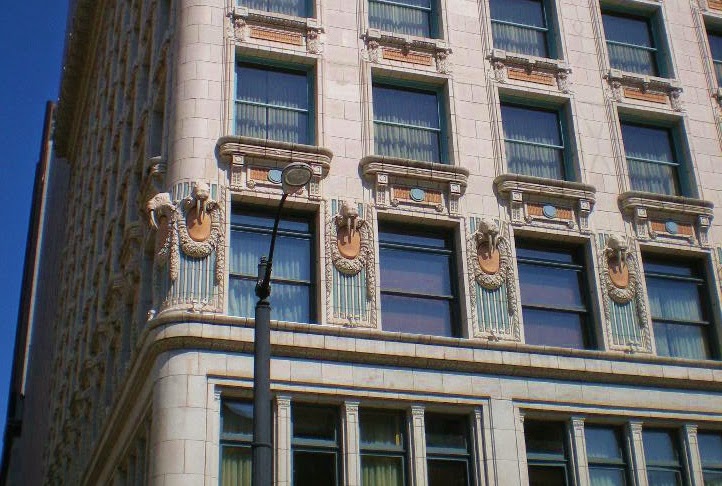 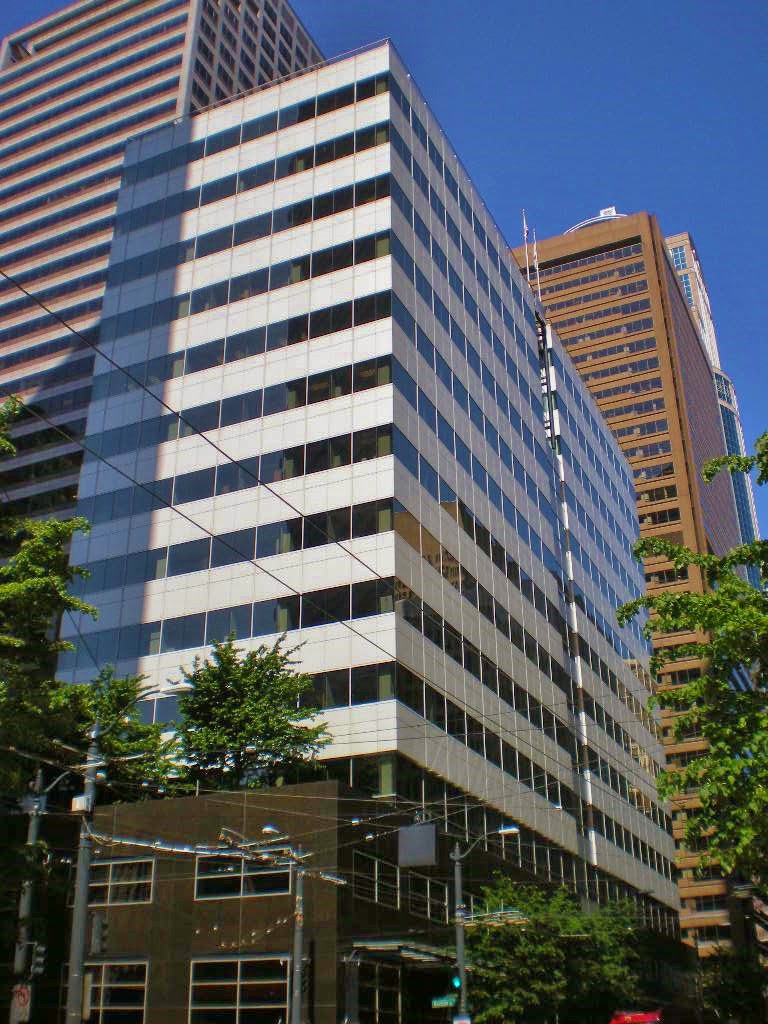 This building, on 3rd Avenue & Madison Street, housed Seattle City Light for 60 years before it was sold in 1996, then remodeled with a sleek new facade. 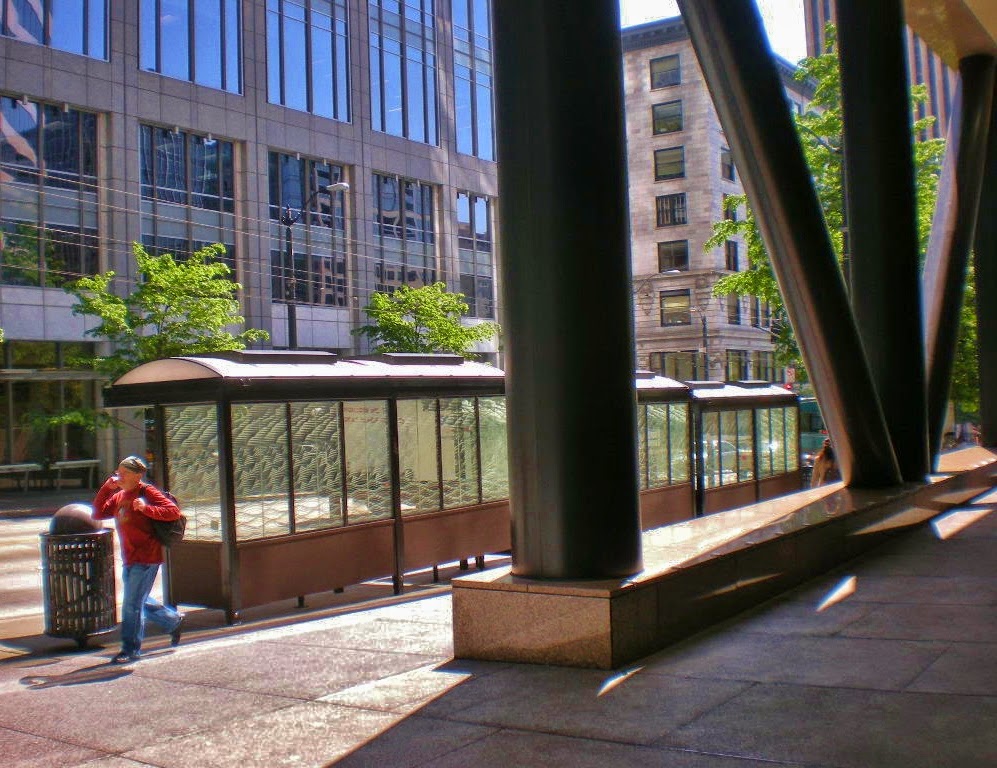 Bus stop on 3rd Avenue in front of the Wells Fargo Center. 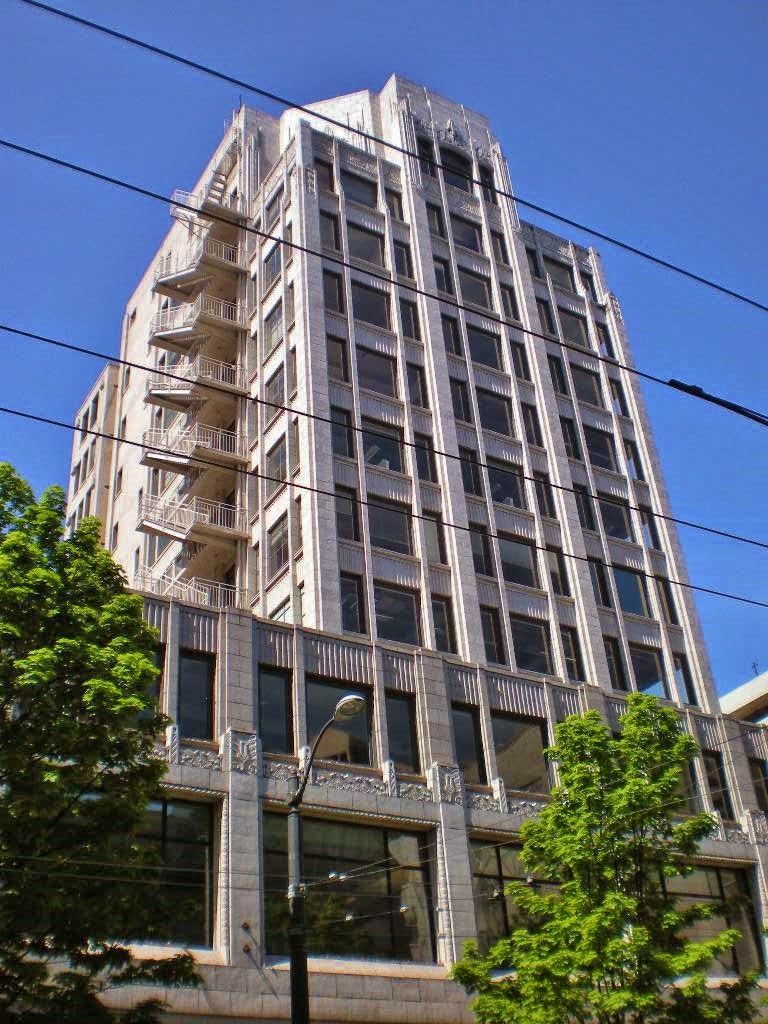 The Olympic Tower was built on the corner of 3rd Avenue & Pine Street in 1929. 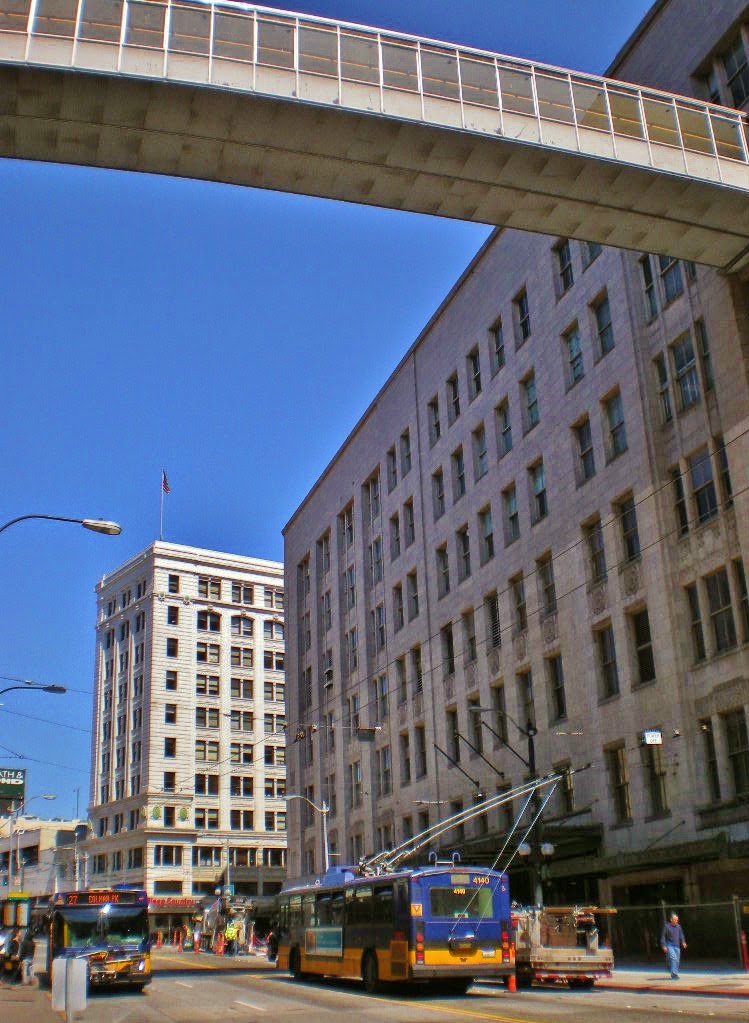 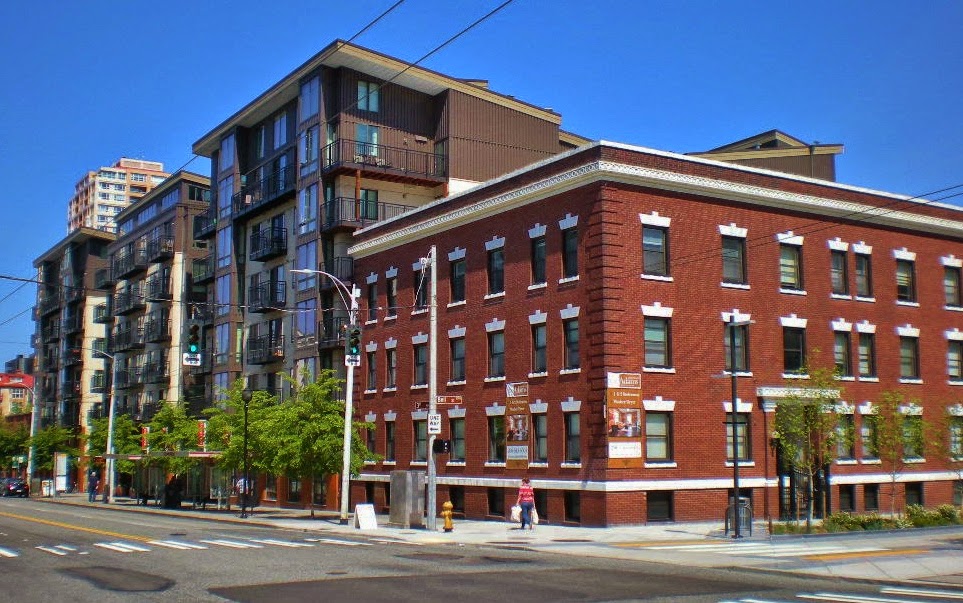 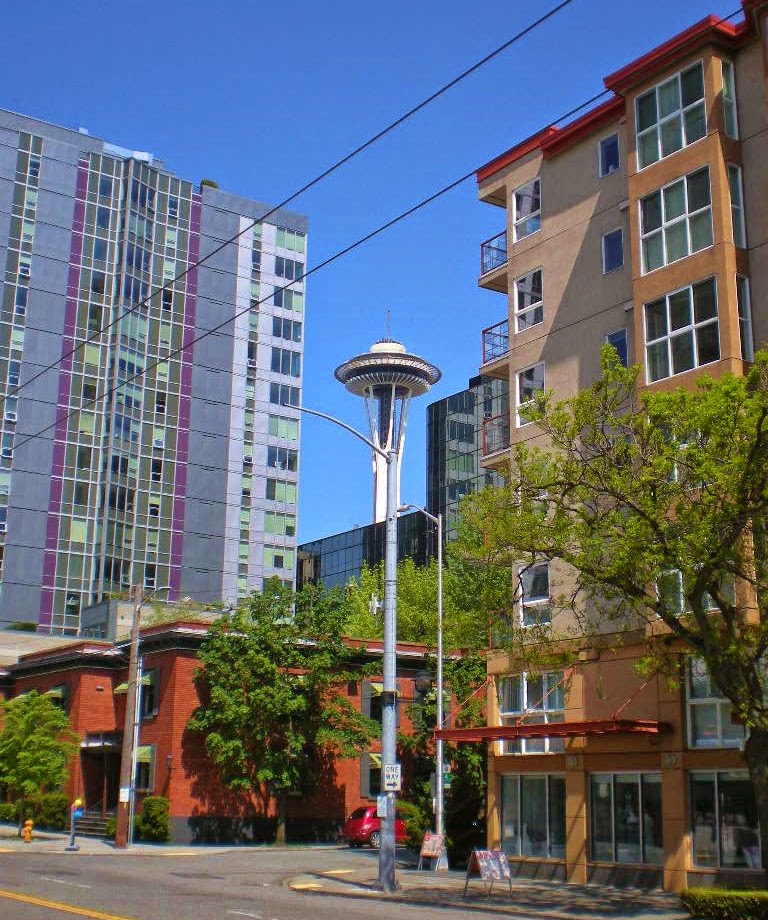 Two tall & distinctive historical structures mark the two ends of Downtown Seattle.  At the sound end is the Smith Tower at the edge of Pioneer Square.  At the north end is the Space Needle, at the edge of Belltown.  They can be seen in the first & last of these photos from 3rd Avenue.  Third Avenue is the main transit corridor in Downtown Seattle, both on the street & in the transit tunnel below.  Buses that operate within the City of Seattle can be found on 3rd Avenue with a myriad of bus stops, signs & shelters.  Beneath 3rd Avenue run the buses from outside the city, as well as the Seattle's only light rail line.  A single lane in each direction serves both buses & trains.  There are four stations in Downtown Seattle: Chinatown, Pioneer Square, University & Westlake.  This will be always be, unless the Stadium District comes to be considered part of Downtown.  The northward expansion of light rail places the next station on Capitol Hill.  Notable buildings along 3rd Avenue (from south to north) include the King County Courthouse, Arctic Building, Safeco Plaza, Wells Fargo Center, Seattle Tower, 1201 3rd Avenue (formerly the Washington Mutual Tower) Benaroya Hall, Olympic Tower, Macy's, Grandview Condominiums & Mosler Lofts.  The most notable restaurant is Wild Ginger.
Posted by Jordan Jackson at 8/07/2015 No comments: