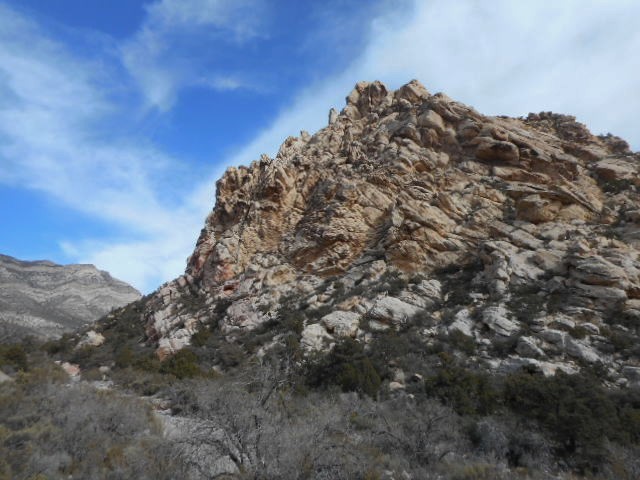 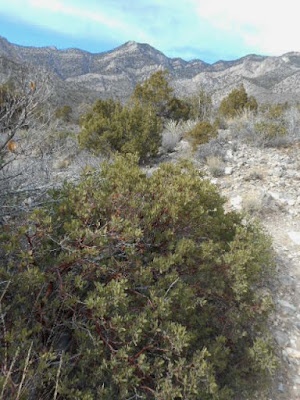 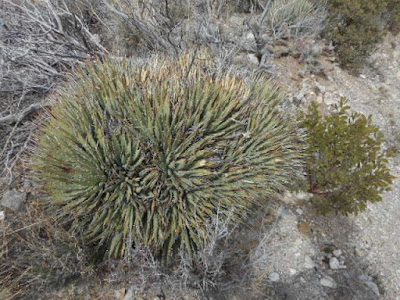 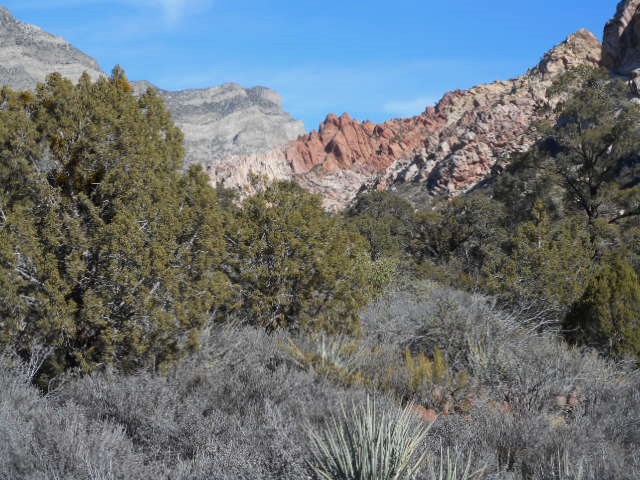 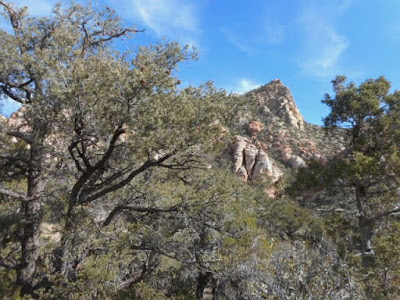 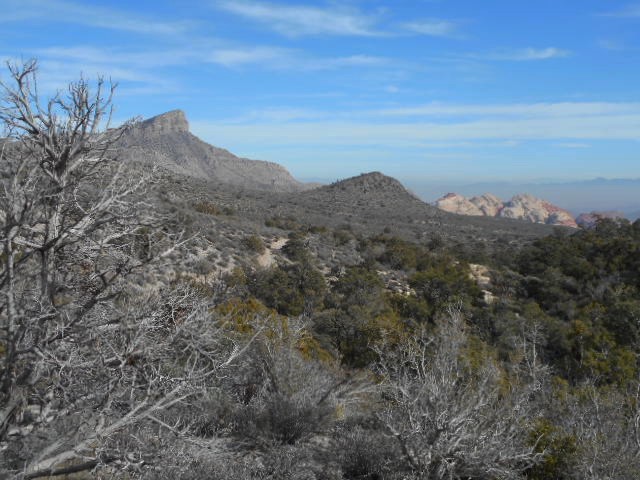 Red Rock Canyon beyond the woodland 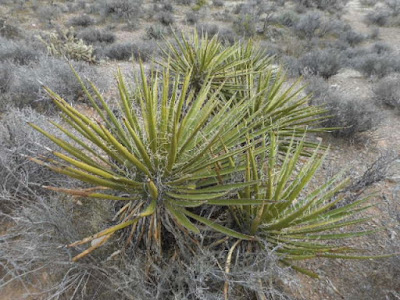 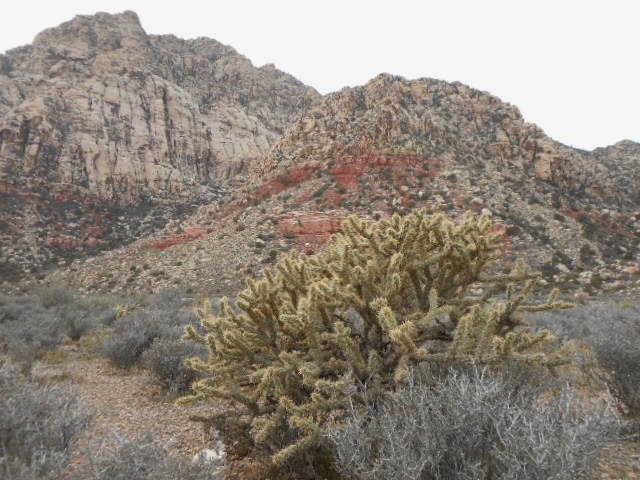 On the last Friday in January 2016, we went to Red Rock Canyon National Conservation Area. We hiked more than 6 miles around the White Rock Hills on the White Rock Loop Trail.  In the canyon between the hills & the La Madre Mountains, there was a Pinyon-Juniper Woodland. We saw quite a variety of plants. There were manzanita & a dozen other shrubs, 6 species of cactus as well as 2 species of Yucca & also Agave utahensis. The climb up through the canyon gave spectacular views & wasn’t difficult. The descent into Red Rock Valley was less interesting & the last 2 miles, along the lower edge of the White Rock Hills, through desert scrub, was exhausting. We hiked for almost 4 hours & never stopped to rest.
Posted by Jordan Jackson at 1/05/2018 No comments: