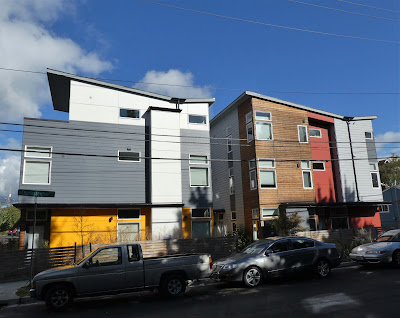 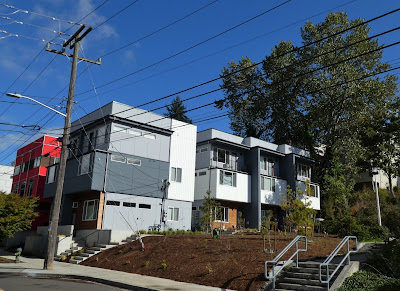 Townhouses of the 2010s at the foot of the Charlestown Hillclimb 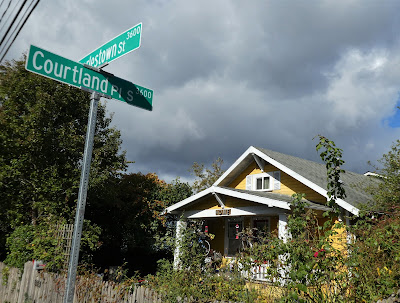 An original house in the Craftsman style of the 1910s. 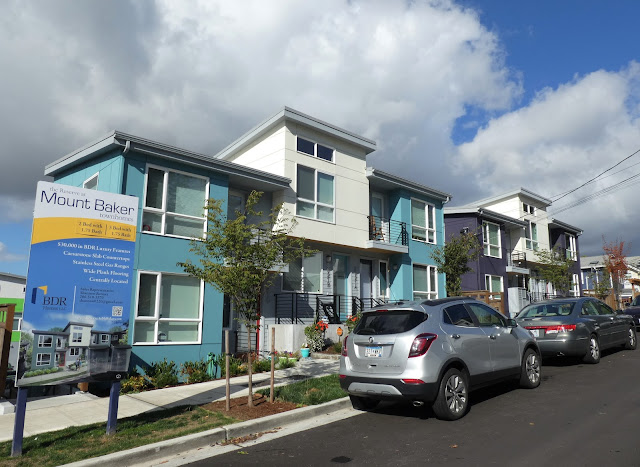 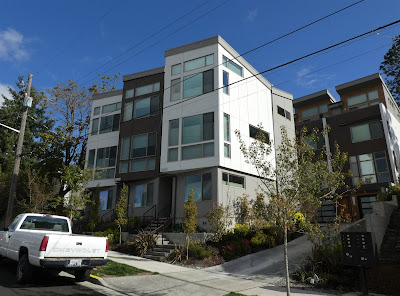 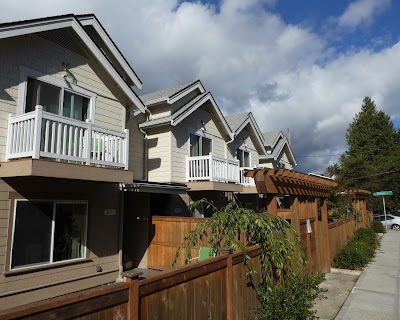 Courtland Place is a small part of the larger neighborhood of Mount Baker in Seattle.  It has been zoned for multifamily buildings since around the year 2000 & is an good example of  townhouses that have been built in Seattle since that time.  Small single family houses from the early 20th century still exist there, but are rapidly being replaced during the building boom that consumed Seattle in the late 2010s.  There are also townhouses from the national housing boom of the 2000s.  Three full blocks are zoned Lowrise 2.  The LR2 zone provides for a variety of multifamily housing types in existing multifamily neighborhoods & along arterial streets. A mix of small scale to multifamily housing such as townhouses, rowhouses and apartments are encouraged.  An apartment building of 7 units was built in 2004.

Courtland Place is near the major arterial of Rainier Avenue S & adjacent to Rainier Square Plaza, a small shopping center with Safeway & Ross Dress for Less, among other tenants.  The 7 Rainier bus provides transit to Mount Baker Station & Downtown Seattle.  The areas on 2 sides of Courtland Place are zoned for commercial development.  The other 2 sides are zoned for single family homes, most dating to the early 20th century.  The name Courtland Place is used for one of 2 large apartment buildings at nearby Rainier Court.  The City of Seattle has acquired land for a small park on S Charlestown Street.  The Courtland Place P-Patch was established in 1999.  The Charlestown Hillclimb was completed in October 2014.  The hillclimb (stairs) connects Rainier Valley to Cascadia Ridge.
Posted by Jordan Jackson at 10/04/2019 No comments: