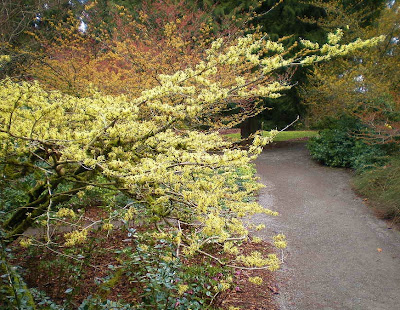 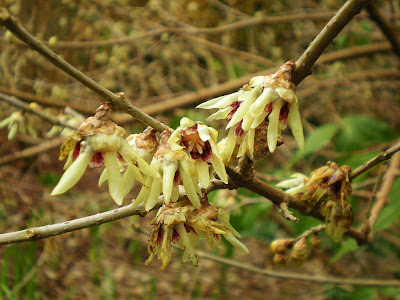 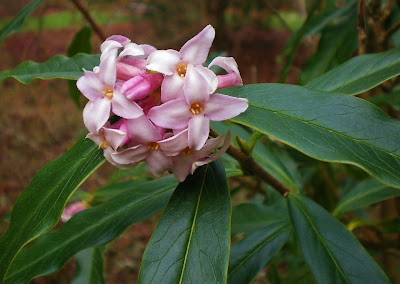 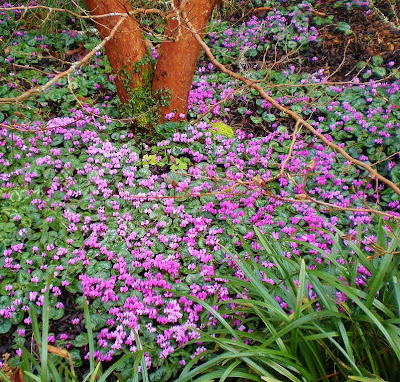 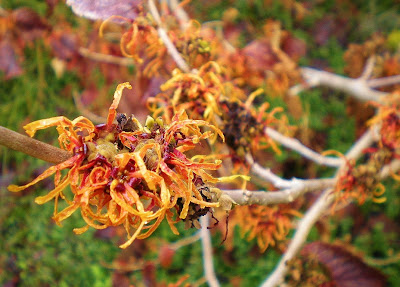 The Witt Winter Garden is located at the Washington Park Arboretum in Seattle, a short walk from the the Graham Visitors Center.  It can also be reached by crossing the Wilcox Footbridge over Lake Washington Boulevard E from the end of E Lynn Street in the Montlake neighborhood.  This is my favorite approach to one of the gardens I love best.  The Witt Winter Garden features a central lawn surrounded by large native conifers & an assortment of smaller trees, shrubs & perennials with winter interest. Many of the flowers are fragrant. The best time for flowers is late January & early February when the Hamamelis (witch-hazel) are in bloom.  The air can be filled with their fragrance on a warm & sunny winter day. I love this odor more than any other. The fragrance of Sarcococca (sweet box) is also pleasing & pervasive. Acer griseum (paper-bark maple) Betula albo-sinensis (Chinese red birch) Camellia, Cornus stolonifera (red-twig dogwood) Corylus (hazel) Corylopsis (winter-hazel) Cyclamen, Daphne, Helleborus, Garrya issaquahensis (silk-tassel) Mahonia, Rhododendron & Salix (willow) stand out among many other plants.  One thing I dislike about the garden is the lawn.  It is soggy & muddy in the winter.  Don't walk on it. There are plenty of paths around it & between the various beds. The winter garden was originally designed & planted in 1949. It was redesigned & named for Joseph A. Witt Winter Garden in 1987, then renovated in 2010. The renovation added Acer tegmentosum ‘Joe Witt’ (Manchurian snake-bark maple). 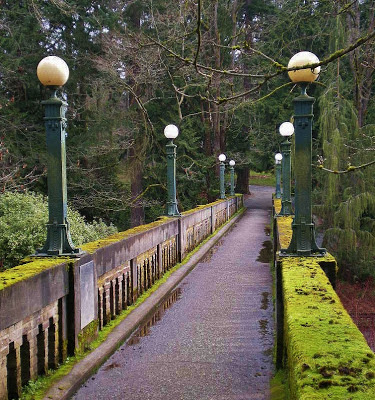