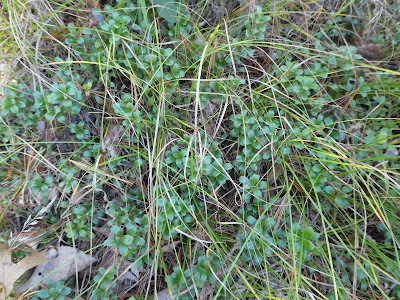 Arctostaphylos uva-ursi (kinnikinnick or bearberry) has a circumboreal distribution, growing around the world in northern latitudes. 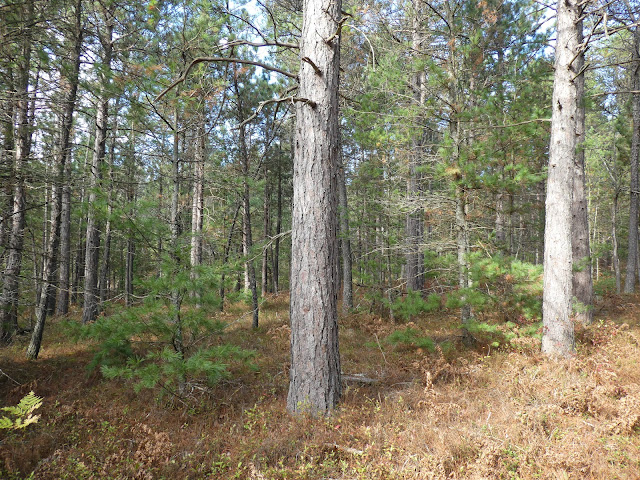 Pinus banksiana (jack pine) predominates on more than one million acres of forest in Michigan. 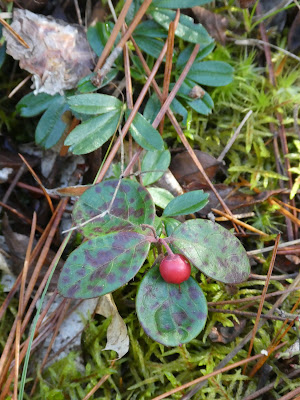 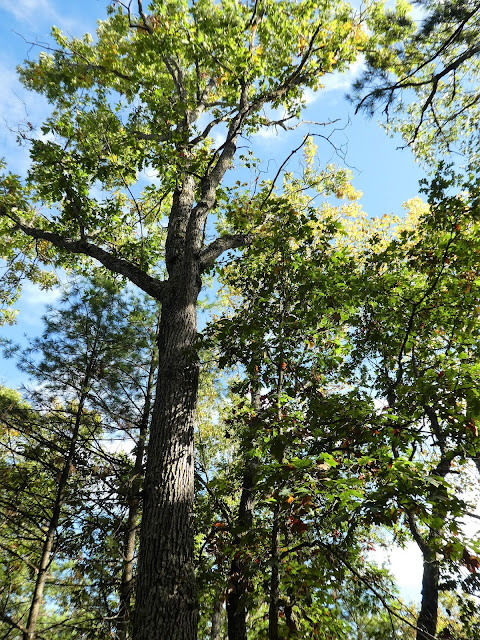 Quercus (oak). There are a dozen species of oak in Michigan.  Quercus alba (white oak) & Quercus rubra (red oak) are most common in this area. 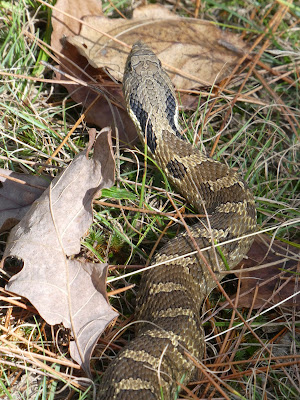 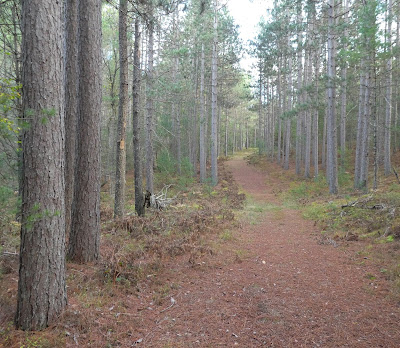 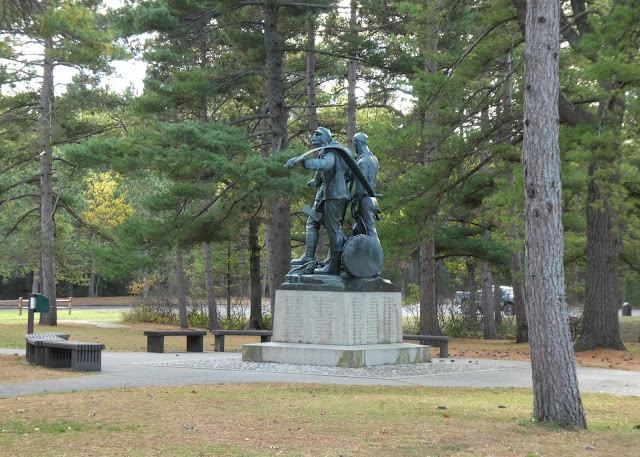 Click here for more photos of the Corsair Trail.

In the Huron National Forest, we hiked the Corsair Trail for 2.5 hours. The forest was very quiet & stunningly beautiful. It was filled mostly with pine & oak trees, plus many understory plants. The forest was replanted by the Civilian Conservation Corps during the Great Depression of the 1930s, helping it recover from the devastation of the timber industry from 1870 to 1900. I saw many plants I recognized & a few that also grow in Washington. I had bought a field manual of Michigan flora before I left Seattle, but it was too big to carry with me.  I almost stepped on a fox snake, which then lay motionless on the trail. After we finished the hike, we drove to the Lumberman’s Monument, where we saw interpretive displays about logging & lumberjacks. The Corsair Trail system has 28 miles of trail that varies from gently rolling to somewhat hilly terrain. The system was developed primarily for cross-country skiing.  But the trails may be hiked anytime during the snow-free periods.
Posted by Jordan Jackson at 12/06/2019 No comments: