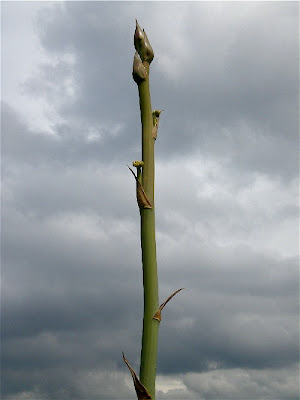 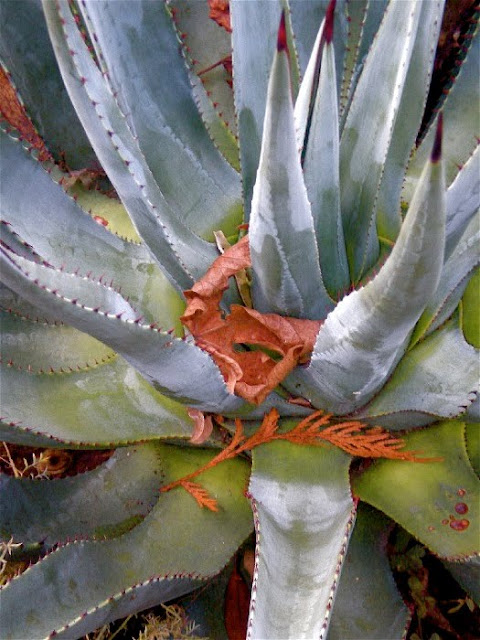 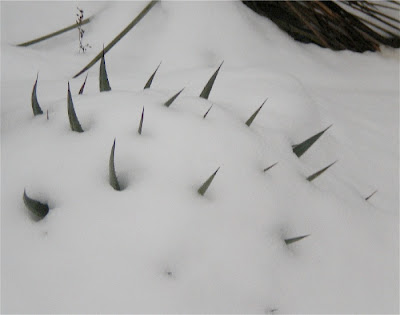 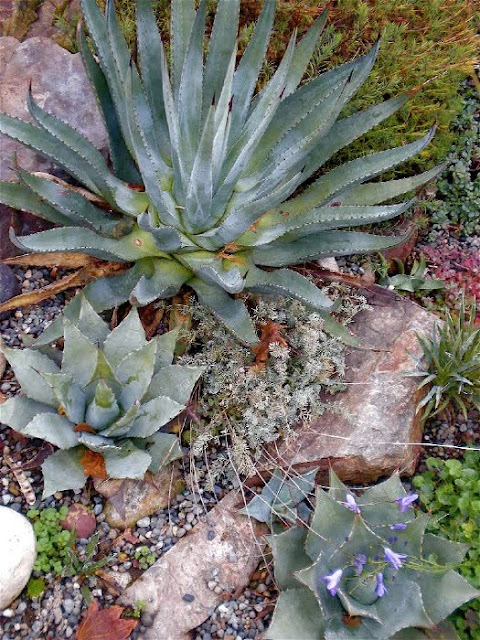 Agave palmeri occurs on rocky hillsides, grasslands & oak woodlands in the states of Arizona, Chihuahua, New Mexico & Sonora. Oddly enough, it was the most successful & beautiful Agave in my Seattle garden. It doubled in size each year to 18 inches tall & 2 feet wide in 2008 after 4 years in the ground.  It produced a flower stalk 15 feet tall in 2009, then died, as is their habit. The leaves are blue-gray, gracefully curved outward then upward, lined with small black teeth & tipped with wicked black spines. Keep Agave palmeri out of the way of foot traffic! Plant it in full sun in a rockery, on a dry slope or in a pot in gravelly soil. I got my plant from Yucca Do Nursery. It has also been available from Plant Delights Nursery.
Posted by Jordan Jackson at 6/19/2009 No comments: