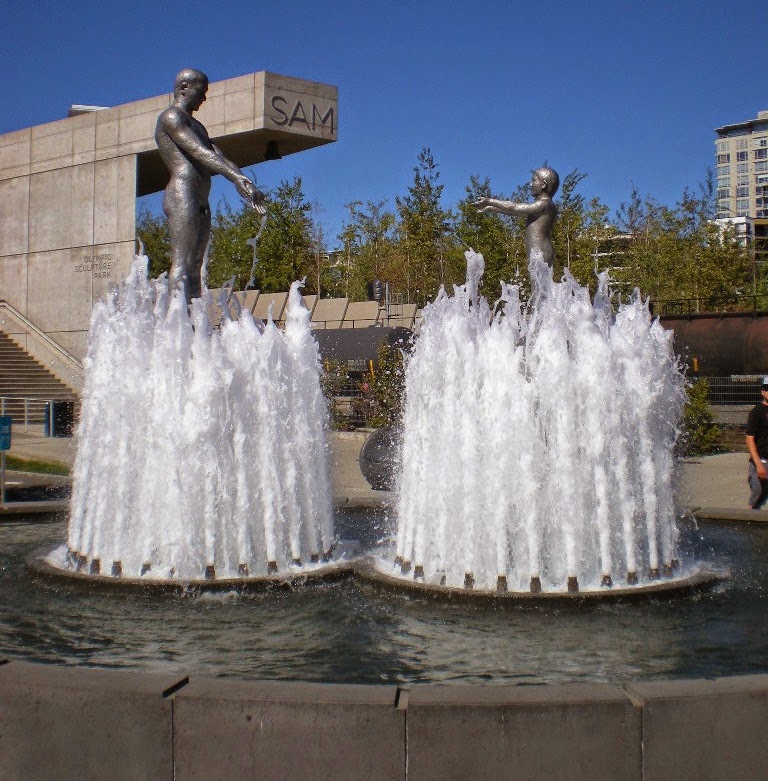 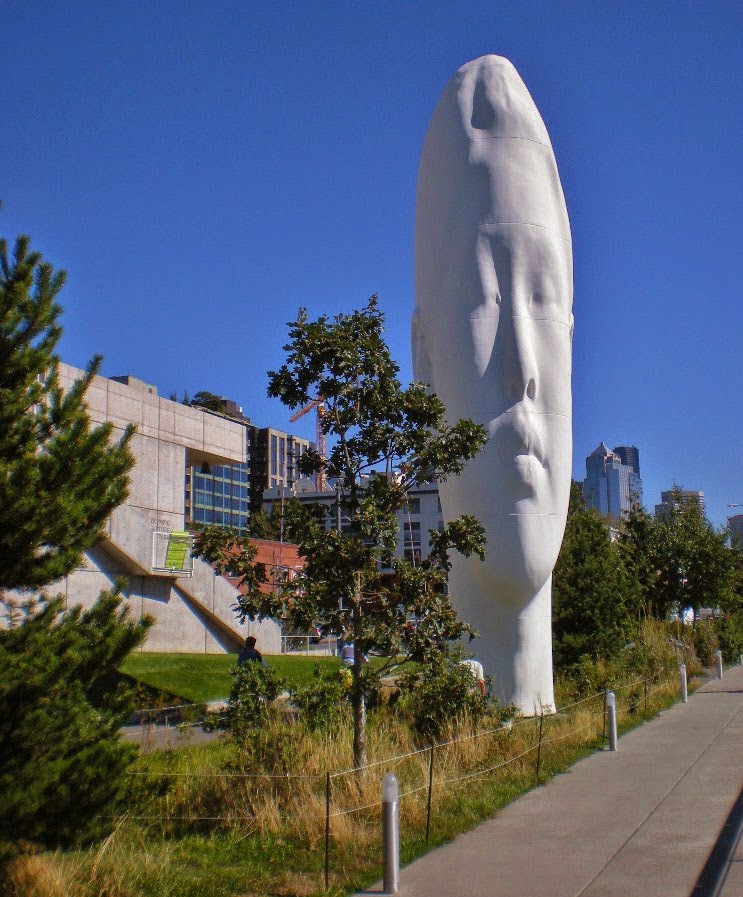 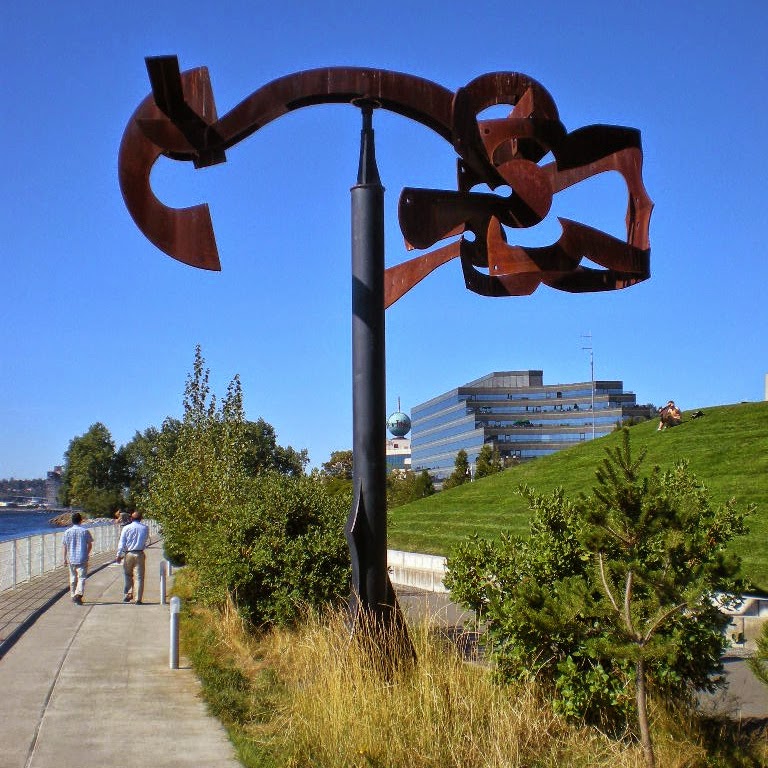 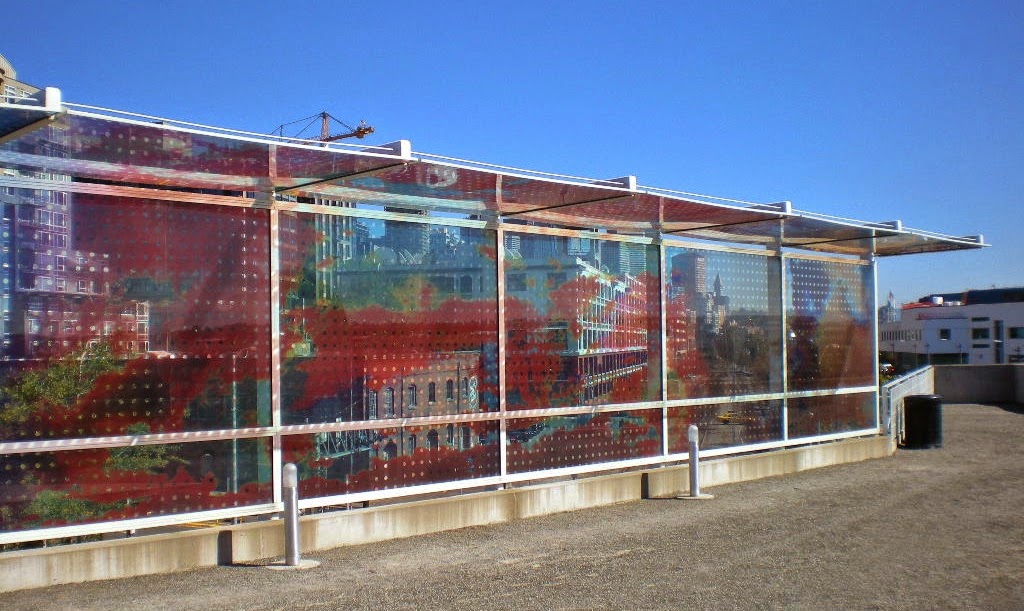 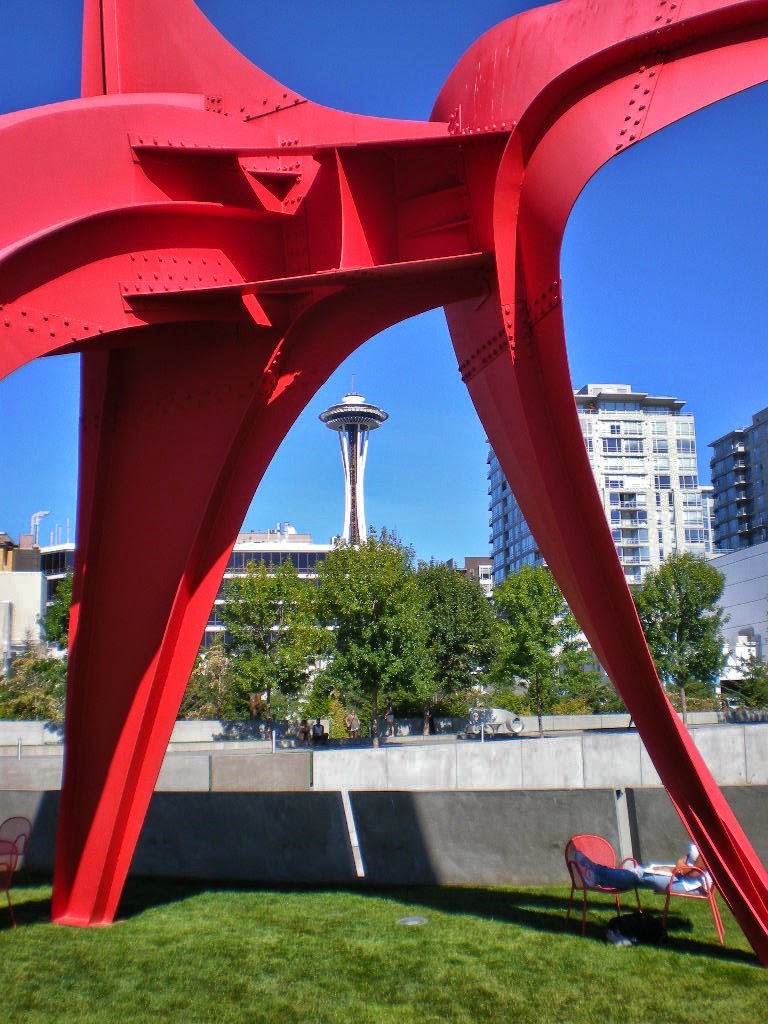 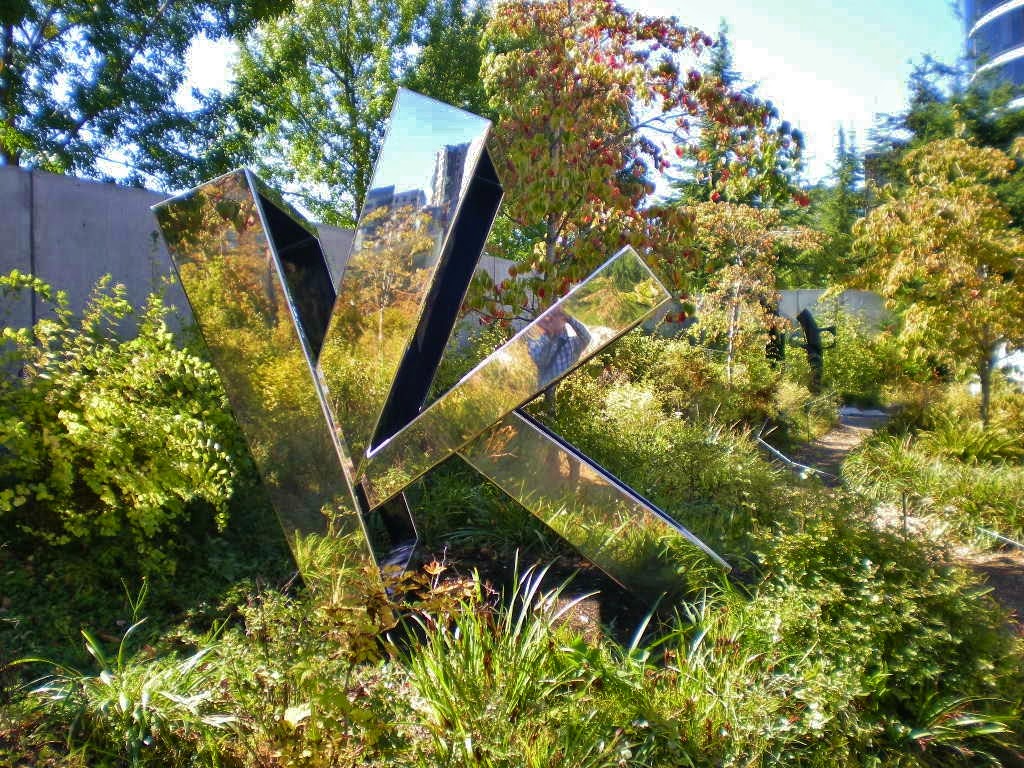 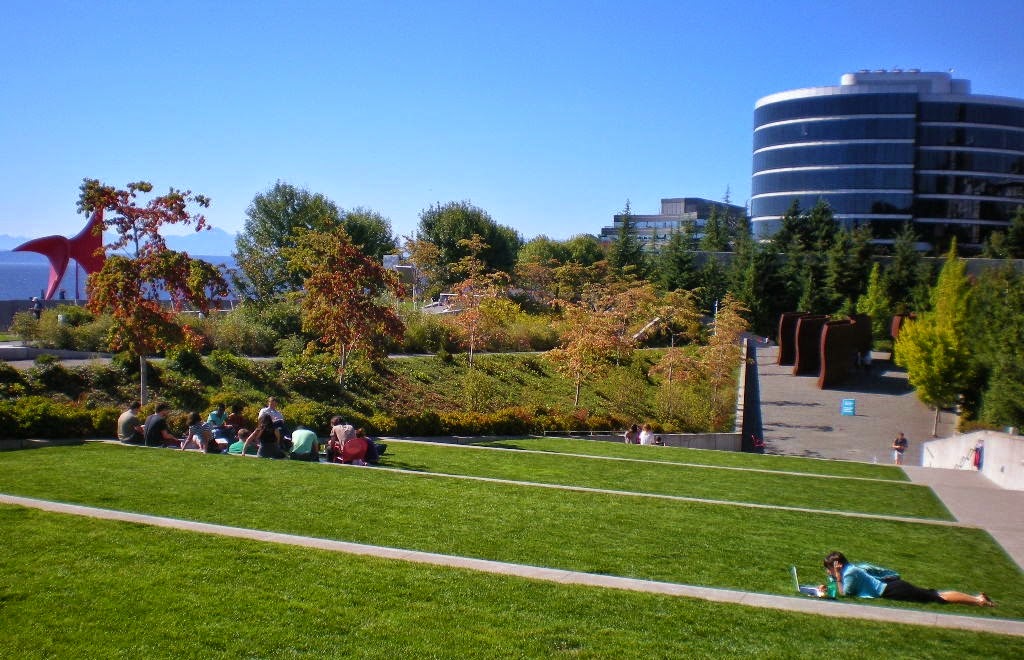 Photos were taken in September 2014.

The Olympic Sculpture Park is one of the finest gardens, public spaces & tourist sites in Seattle.  You can walk here fairly easily along the waterfront from the Seattle Aquarium, through Belltown from the Pike Place Market, or from Seattle Center.  It's about one mile from the market along Western Avenue, or from the aquarium along Alaskan Way & only half a mile from the Space Needle.  It features interesting sculptures, excellent native plant gardens, wonderful views of Elliott Bay, Puget Sound & the Olympic Mountains.  A charming part of the park is the pocket beach on Elliott Bay, which was created there, yet looks completely natural.  One of the most impressive sculptures is Wake by Richard Serra, consisting of 5 large rusted steel pieces, set in a small valley, creating a shaded micro-environment.  The Olympic Sculpture Park was created by the Seattle Art Museum, which can be found in Downtown Seattle on 1st Avenue at Union Street.  The park opened in January 2007.  It covers 9 acres & connects to Myrtle Edwards Park, which extends along the waterfront to the north.  The Olympic Sculpture Park is not gated & entry is free.  The park is open during daylight hours every day of the year.  There is pay parking available in the garage beneath the PACCAR Pavilion.
Posted by Jordan Jackson at 11/03/2017 No comments: