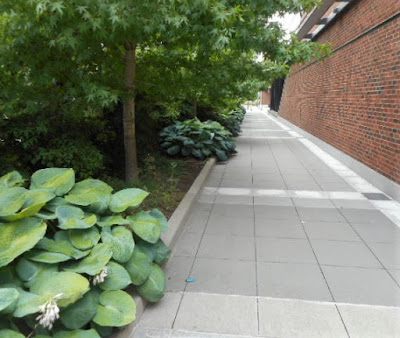 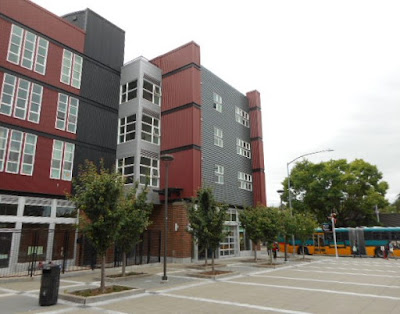 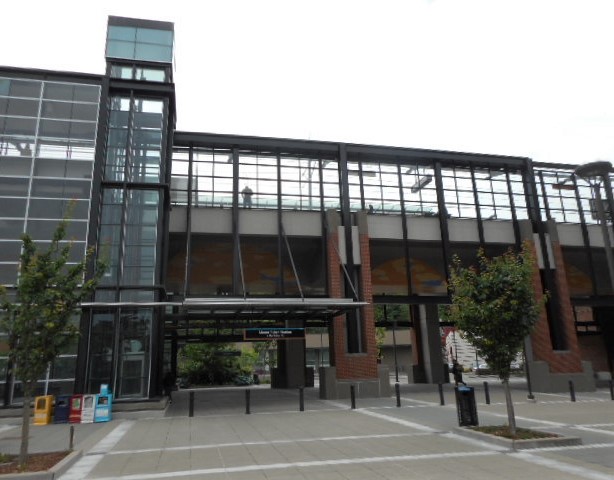 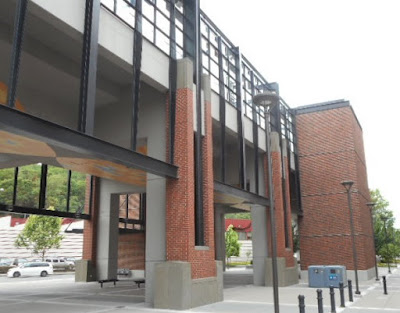 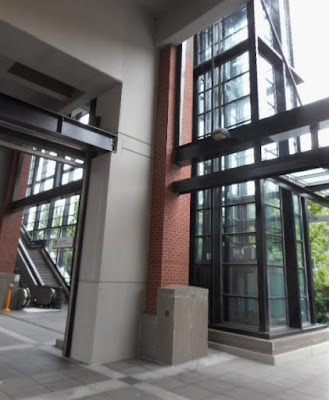 The Mount Baker Station is not exactly in the Mount Baker neighborhood, but right next to it, with a view of Franklin High School, a Mount Baker landmark building.  It is located on Rainier Avenue S & Cheasty Boulevard S near the intersection with Martin Luther King Jr Way S.  It opened in 2009 after 4 years of construction.  It covers 30,000 square feet & is more than 400 feet long.  This structure is elevated 35 feet above an open plaza & access to the platform provided by stairs, escalators & elevators.  The light rail line enters the Beacon Hill Tunnel very near the station.  The properties next to the station have mostly not been developed.  The one prominent new building next to the station is Artspace Mt. Baker Lofts, whose ground floor retail spaces wrap around the building.  If each new building were to open retail spaces facing the station, the plaza could be quite a lively place.  At present, it is surrounded mostly by empty space & parking lot.  The landscaping at the station is better than usual for a public space.  I particularly like the long bed of Liquidambar styraciflua (Sweetgum), Hosta, Hydrangea anomala & a few other plants that runs behind the station.  The plaza in front of the station has few trees & much pavement.  Beneath the station there is a display of information about the Olmsted Legacy in Seattle.  Mount Baker Boulevard S & Cheasty Boulevard S were designed by the Olmsted Brothers landscape architecture firm.
Posted by Jordan Jackson at 8/03/2018 No comments: