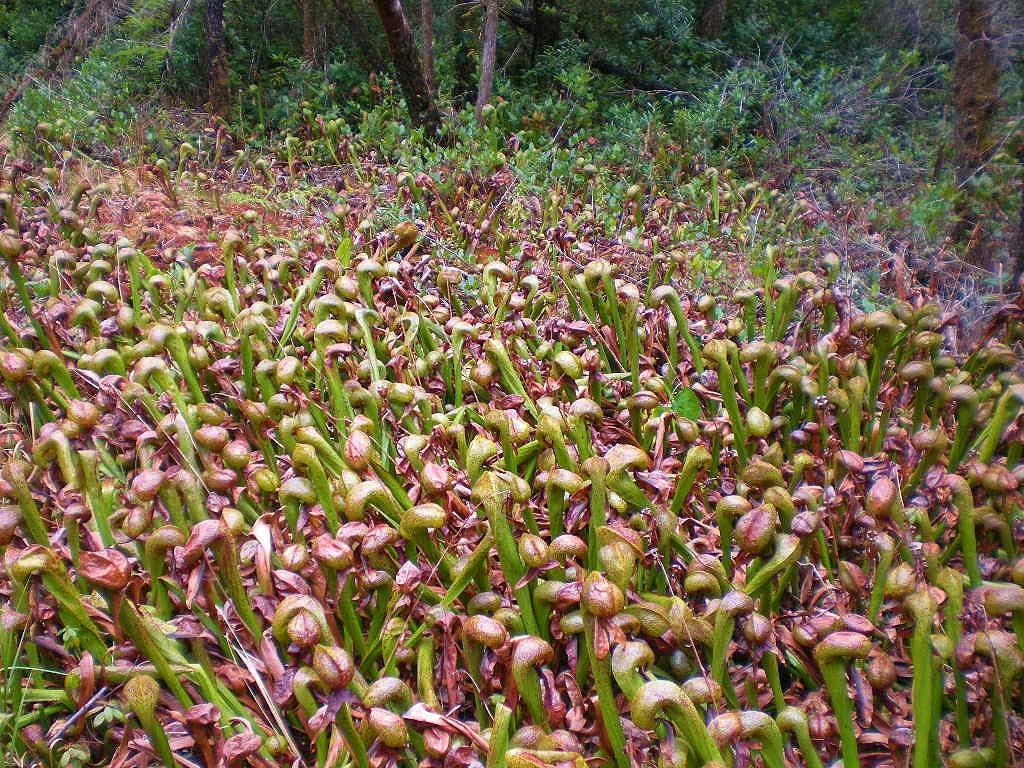 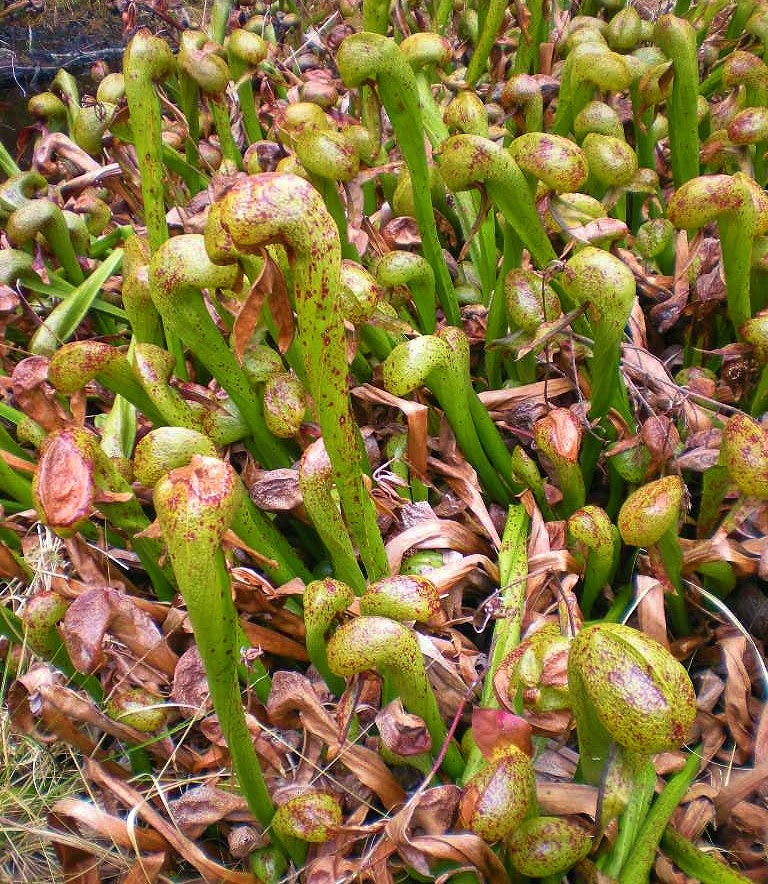 Darlingtonia State Natural Site is a quick & interesting stop along the coast highway (US 101) in Florence, Oregon.  The site is a bog filled with a large number of cobra lily (Darlingtonia californica) a carnivorous plant.  An opening in the stalk of the plant leads insects to nectar inside. Once inside, the insect is trapped by downward-pointed hairs & falls into a pool of water at the bottom of the stalk.  It was once believed that this variety of pitcher plant did not produce any digestive enzymes & relied on symbiotic bacteria & protozoa to break down the captured insects into easily absorbed nutrients. Recent studies have indicated that Darlingtonia secretes at least one enzyme that digests captured prey.

The cobra lily is unique among the three genera of American pitcher plants. It does not trap rainwater in its pitcher. Instead, it regulates the level of water inside physiologically by releasing or absorbing water into the trap from the roots. Cobra Lily is the sole member of the genus Darlingtonia in the family Sarraceniaceae (pitcher plants).  It is designated as uncommon due to its rarity in the field.  The plant was discovered in 1841 by the botanist William D. Brackenridge at Mount Shasta. It was named after the Philadelphia botanist William Darlington (1782–1863).

Collecting Darlingtonia is illegal in Oregon.  It can be ordered online & grown outdoors in USDA zones 7-10.  The easiest way to do this is to put it in a pot of sphagnum moss & submerge the pot in a bowl of water or fountain.  Unglazed terracotta works well for this purpose.