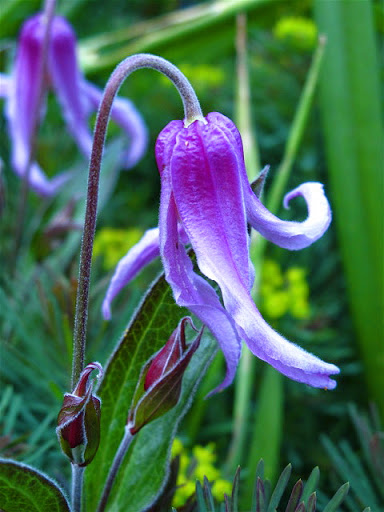 Clematis integrifolia is a flowering perennial for sun.  It blooms from early to mid-summer in Seattle.  The word Clematis is taken from the Greek word for climbing plants.  Integrifolia means entire-leaf.  Botanically speaking, an entire leaf has a smooth edge, is not toothed.  This Clematis is not a vine.  It has stems of maybe 18 inches long that don't cling.  The stems are floppy & will cascade over a low wall, lie flat on the ground, or prop themselves against other plants.  Each stem bears several flowers.  The number of stems increase as the plant matures.  The usual flower color is blue, but 'Hanajima' is pink.  Flowers are simple & charming, each with 4 petals.  The plant is not drought tolerant, but doesn't need a lot of water.  Plant them among other perennials, but don't allow them to become shaded. Clematis integrifolia is native to Italy, the Balkans, Eastern Europe, the Caucasus, Siberia & Central Asia.
Posted by Jordan Jackson at 7/21/2017 No comments: 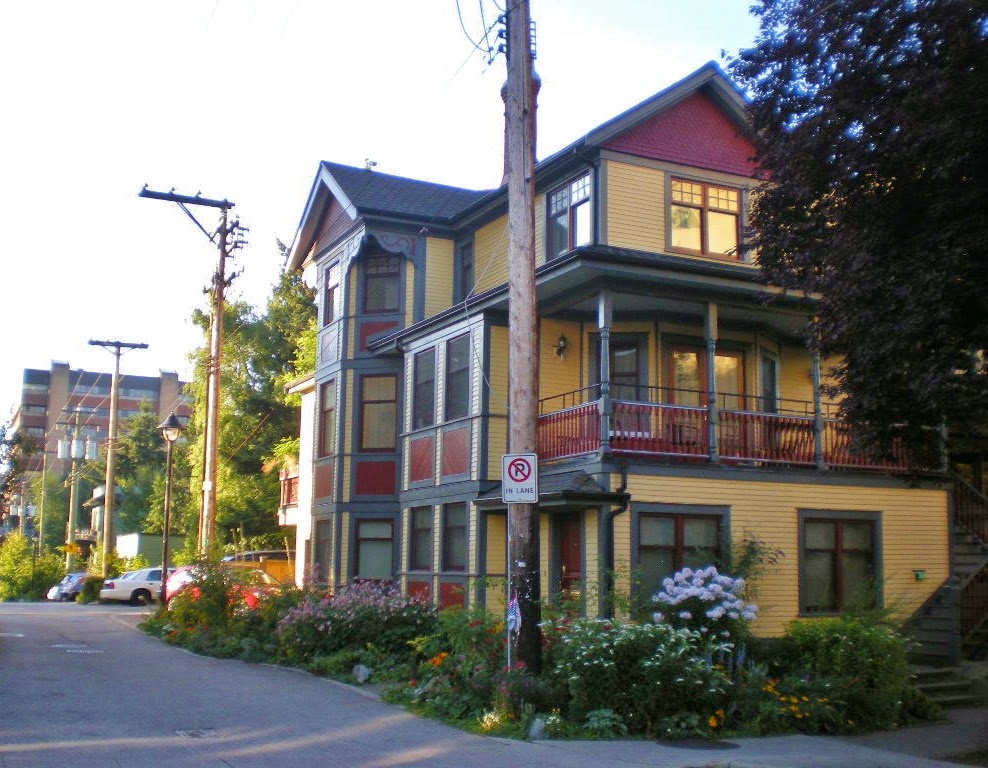 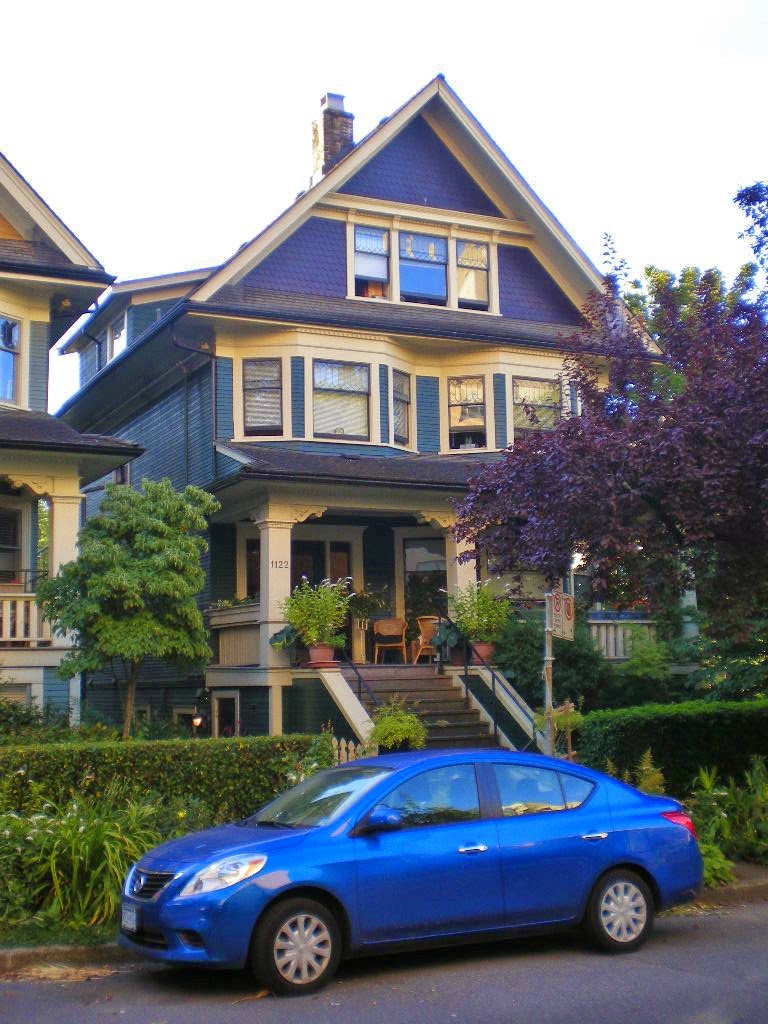 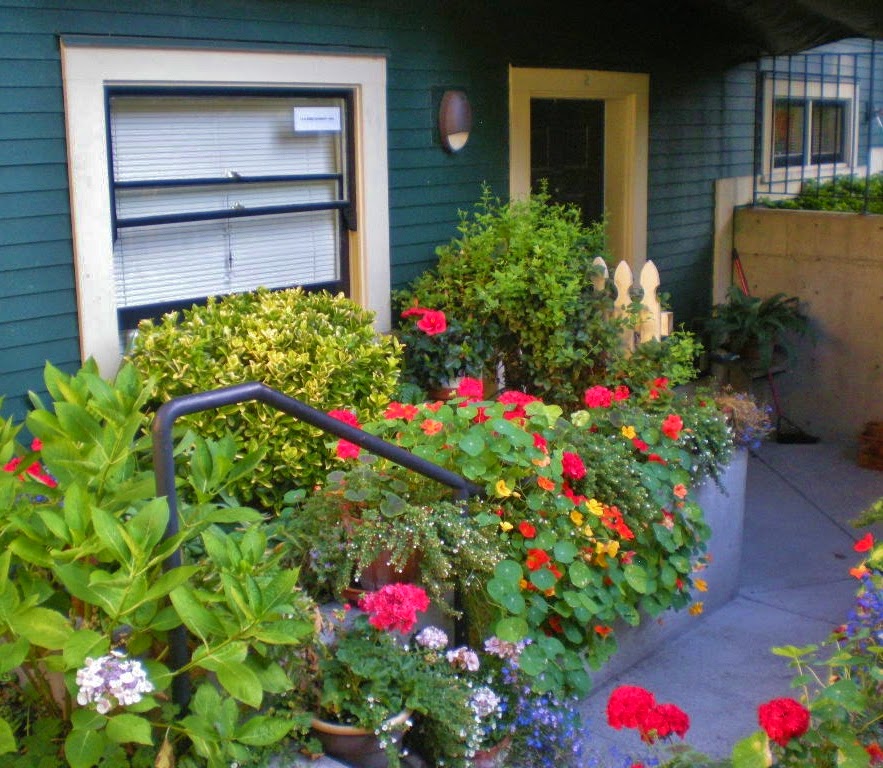 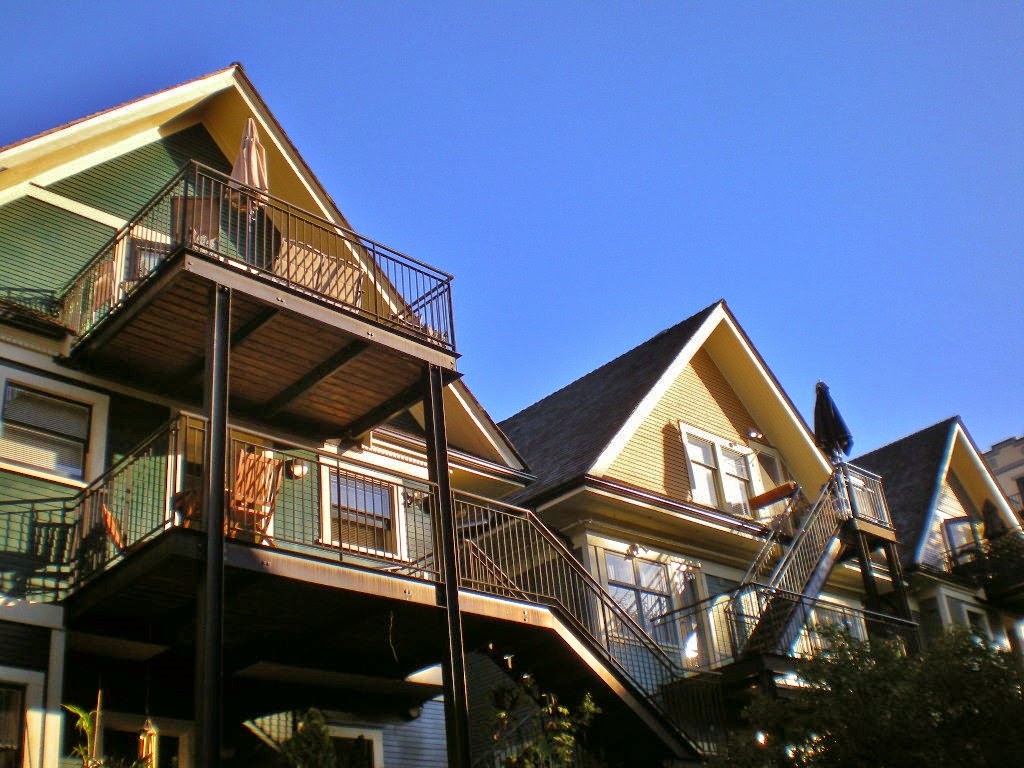 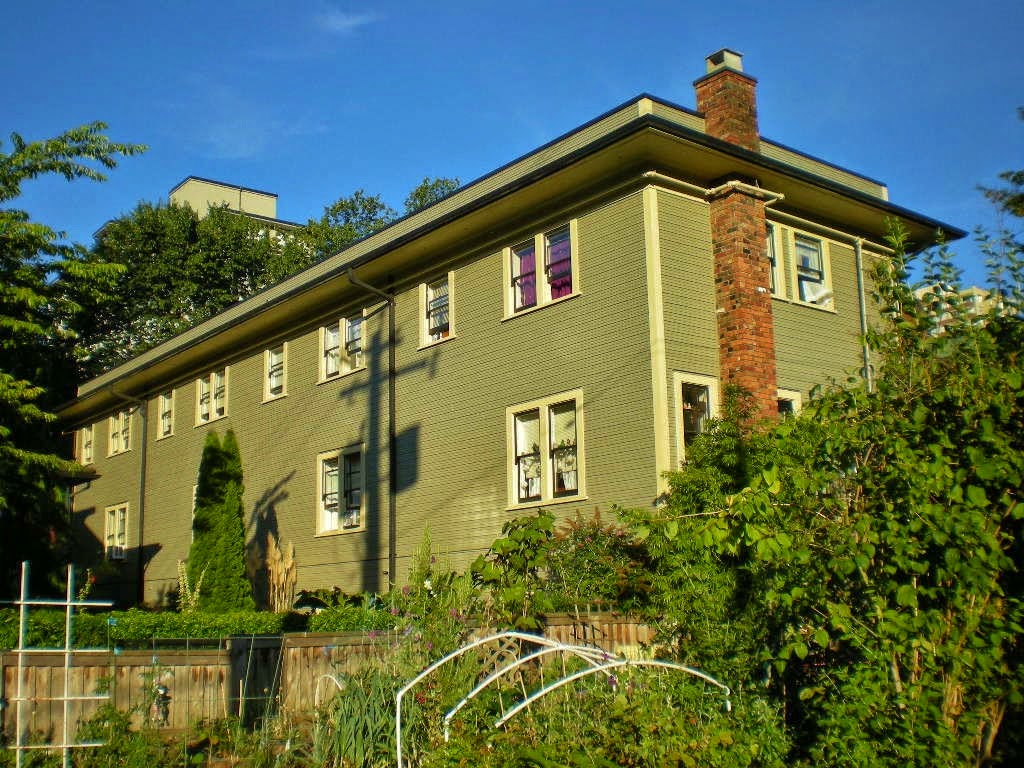 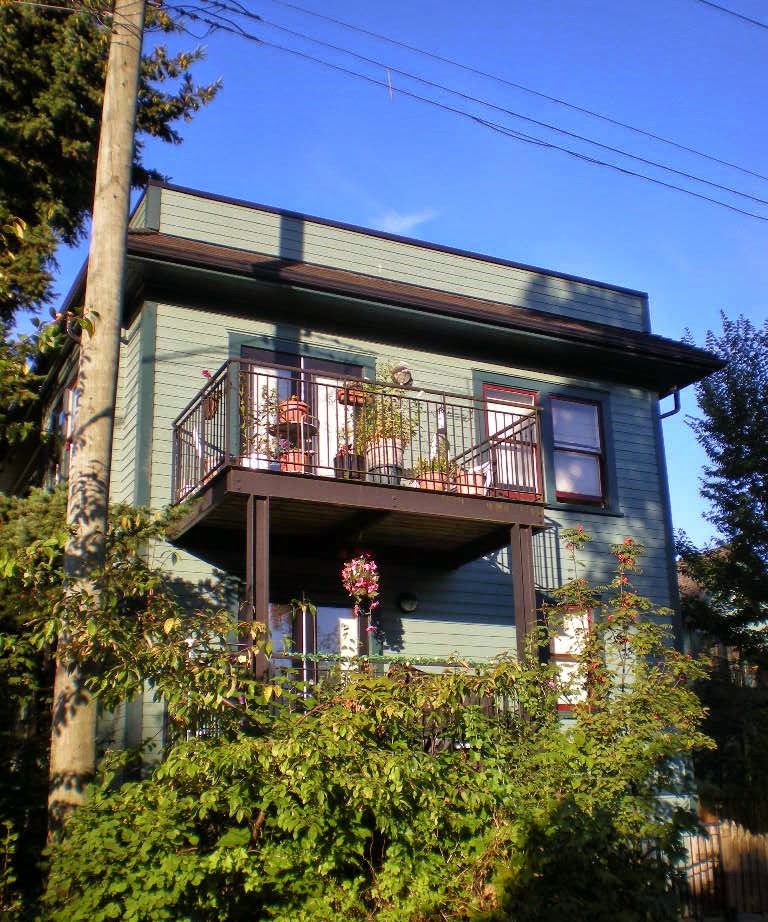 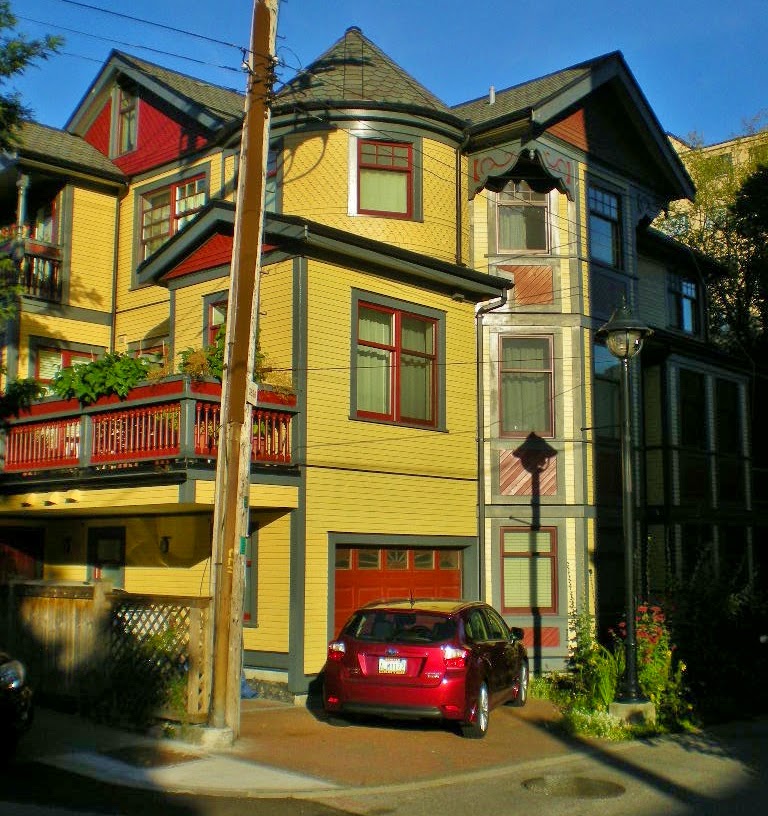 All photos were taken in August 2014.

Mole Hill Community Housing Society occupies the block bounded by Comox, Pendrell, Bute & Thurlow Streets, adjacent to Nelson Park in Vancouver’s West End. The Mole Hill Community Housing Society provides affordable housing for low & middle income people in houses dating back to the late Victorian era. Mole Hill is the highest point in the West End & is named after Henry and Elizabeth Mole, original settlers to the area. The City of Vancouver started buying properties around Mole Hill in the 1950s. Those houses were razed to create Nelson Park. The houses of Mole Hill were to be the next stage of the park’s creation. Friends of Mole Hill was formed by Vancouver citizen activists in response. They were successful in preserving these houses & having them converted to affordable apartments. The work was done between 1999 & 2003. Mole Hill Community Housing is a very pleasing urban landscape: vintage houses combined with attractive landscaping. While Nelson Park is not particularly interesting, a community garden is located there. This community is very near Davie Street in Davie Village, filled with shops & restaurants.
Posted by Jordan Jackson at 7/07/2017 No comments: