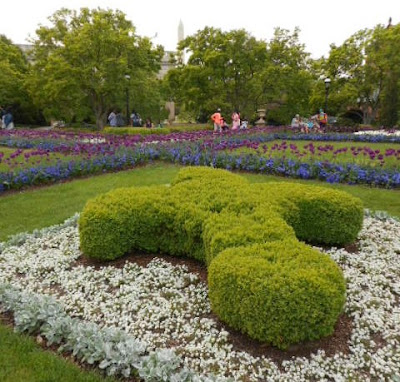 Boxwood fleur-de-lis in a Victorian-inspired parterre 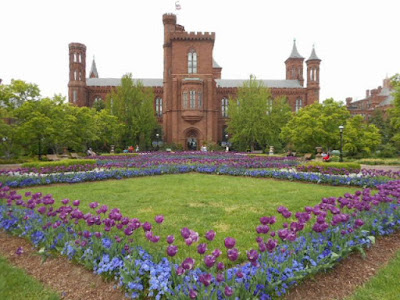 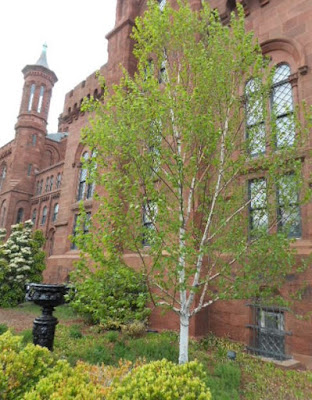 The Smithsonian Castle in 2 photos above. 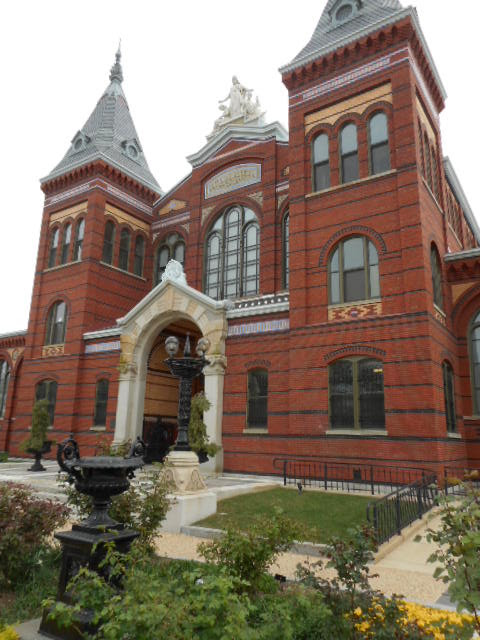 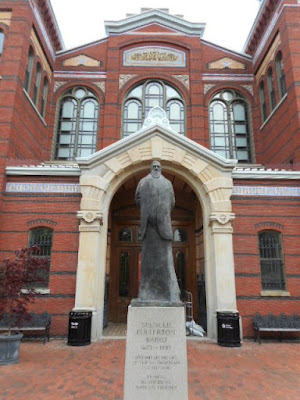 Statue of Spencer Fullerton Baird.  These photos were taken in April 2016.

The Enid A Haupt Garden is located among the oldest of the Smithsonian museums at the National Mall in Washington DC. It is an eye-catching & varied array of planting beds, shrubs, trees & plants in pots. There are paving, decorative urns, a pool & a statue of Spencer Fullerton Baird.  Baird was the first curator named at the Smithsonian Institution & later became its second secretary. There are lots of benches here. This is the perfect place to rest when walking around or near the National Mall. The garden covers 4.2 acres adjacent to the Smithsonian Castle. It was designed as a modern version of  an American Victorian garden.  The garden opened in 1987, replacing the existing Victorian Garden which had been built for the Bicentennial.  Enid A. Haupt provided $3 million for its construction & maintenance.
Posted by Jordan Jackson at 5/04/2018 No comments: