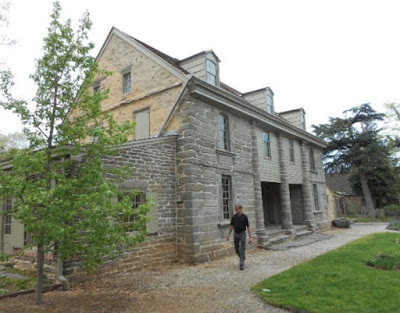 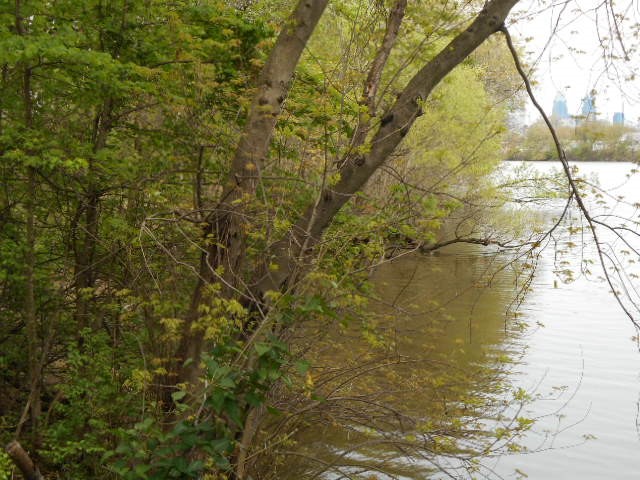 The Schuylkill River with Philadelphia skyscrapers in the distance 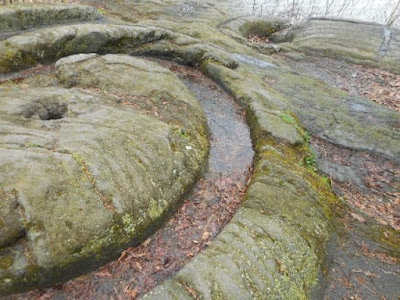 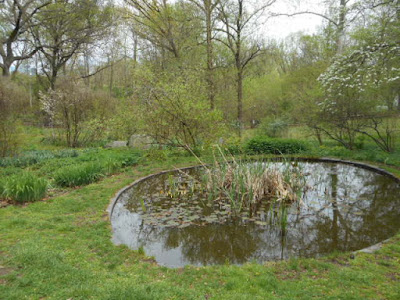 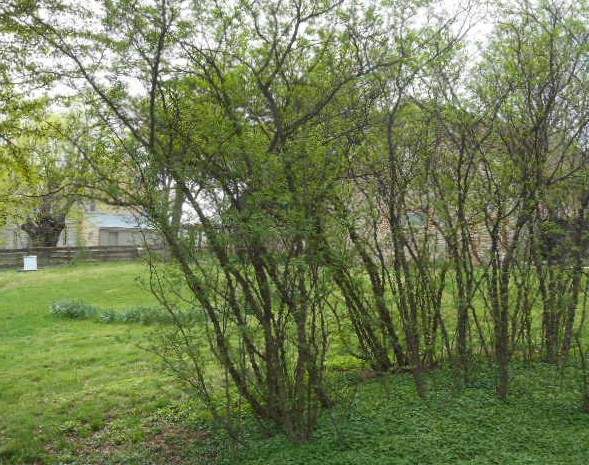 Original buildings from the Bartram farm. These photos were taken in April 2016.

Bartram's Garden is a picturesque & historic site on the Schuylkill River in Philadelphia PA.  The original buildings are beautiful, very nicely maintained & restored.  The garden is not in great shape.  It's more of a wilderness, which has its charm along a river that has been heavily industrialized.  Large tanks line the opposite shore.  Within the garden, all is peaceful & green.  There are several venerable trees planted by the Bartrams in centuries past. Franklinia alatamaha (Franklin Tree) was discovered by John and William Bartram in 1765 along the Altamaha River in southern Georgia.  (I don't know why the spelling differs.)  William Bartram brought seeds back to the garden in 1777 & named the plant Franklinia in honor of Benjamin Franklin. All Franklinia are descended from those grown by the Bartrams.  The plant is believed extinct in the wild.  A male Ginkgo biloba (Maidenhair Tree) is the oldest in North America. It was one of three original Ginkgo sent to the US from London in 1785. Quercus x heterophylla was first discovered by John Bartram & is now called the Bartram Oak. It is a rare, naturally occurring hybrid of Quercus rubra (Northern Red Oak) & Quercus phellos (Willow Oak). I have to admit that I was a bit alarmed by the seedy surrounding neighborhood & also disappointed by the neglected state of the garden.  But I'm glad I saw it.
Posted by Jordan Jackson at 9/07/2018 No comments: