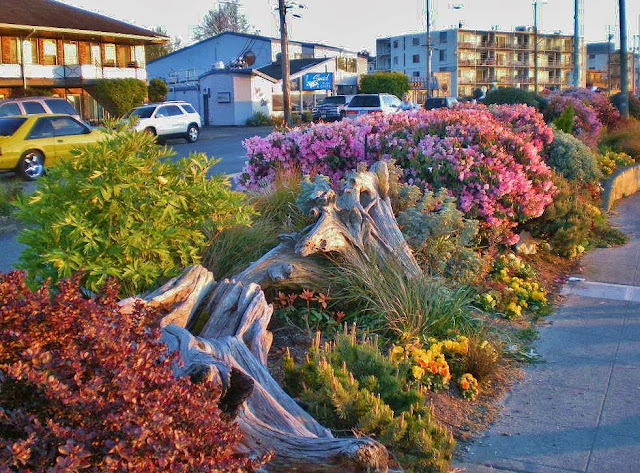 Landscaping along Alki Avenue SW.  Alki is a word from the Chinook Jargon meaning 'by and by'.  Seattle's first white (American) settlers landed here in 1851. 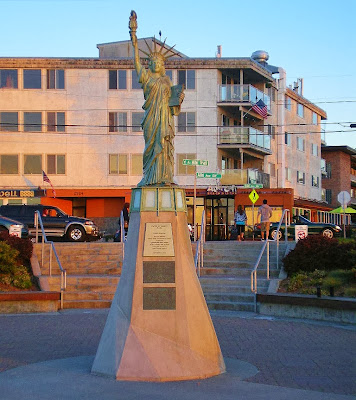 A diminutive Statue of Liberty. 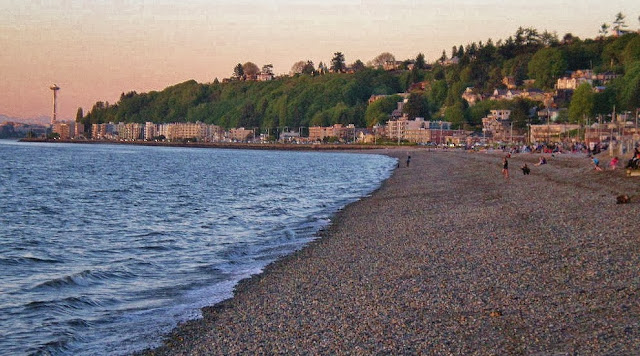 Duwamish Head with the Space Needle beyond. 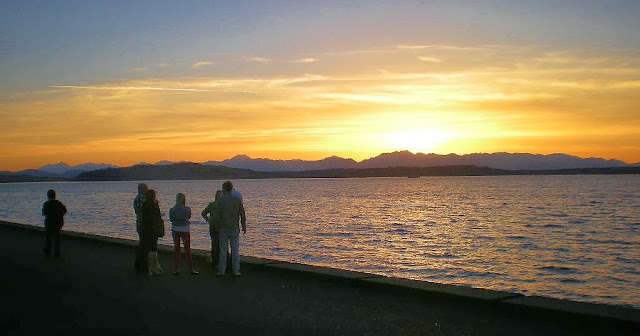 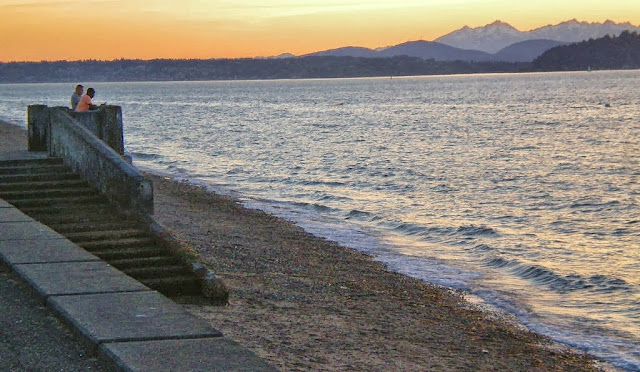 Alki Beach Park is located at Alki Beach, on Elliott Bay, on Puget Sound, in West Seattle.  This is probably the most popular salt-water beach park in the City of Seattle.  It is especially crowded on warm summer days & evenings, when people picnic on the imported sand, play volleyball & walk on the promenade.  Puget Sound beaches are mostly rocky.  The pathway extends from Alki Point, past Duwanish Head to the Duwamish Waterway.  Few people swim, since Puget Sound is perpetually cold, never exceeding 56F/13C, even in summer.  In spring & fall, there are walkers, bicyclists & skate boarders.  It can be especially charming at sunset, as the light fades behind the Olympic Mountains.  There are a number of restaurants across from the beach along Alki Avenue SW.  Views include the Kitsap & Olympic peninsulas, Downtown Seattle, Queen Anne Hill & Magnolia Bluff.
Posted by Jordan Jackson at 1/17/2014