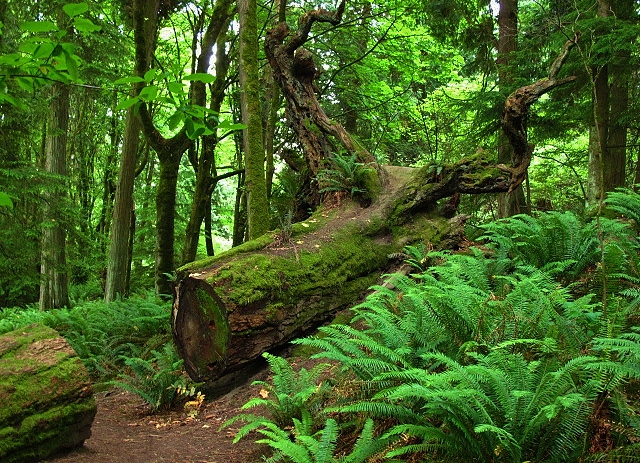 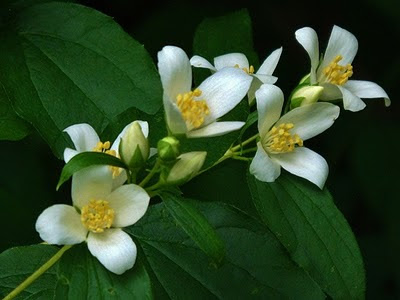 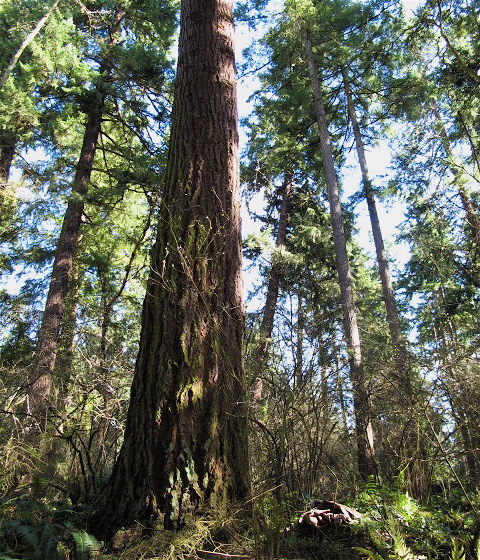 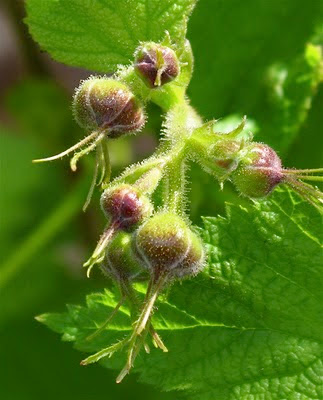 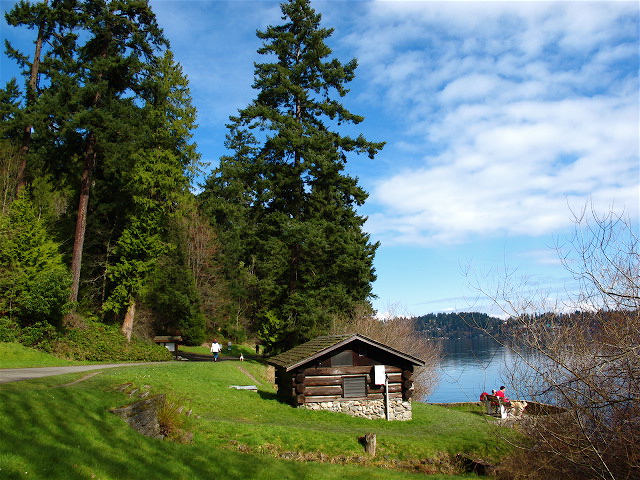 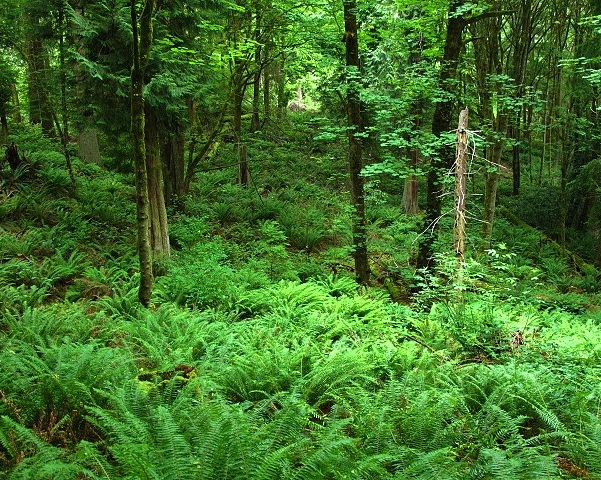 Seward Park is one of the largest, oldest & most impressive parks in Seattle. Bailey Peninsula's potential as a park was recognized in the early 1890s. It was a key element in the plan proposed for Seattle's park system by the famed Olmsted Brothers in 1903. After the city acquired the land in 1911, the Olmsted firm designed Seward Park as the anchor of a scenic boulevard system that runs north for miles along Lake Washington.  Native forest covers about 120 acres on the northern 2/3rds of the peninsula.  It is the largest stand of old trees in the city, including trees of  more than 250 years in a layered canopy with standing snags & large down logs. Friends of Seward Park maintains a list of the many native plants on the peninsula.  Seward park also contains eagles' nests, a 2.4 mile bike & walking path along the shore with excellent views across the lake, an abandoned fish hatchery, miles of forest hiking trails, an amphitheater, rustic picnic shelters & a swimming beach with lifeguards. Seward Park Clay Studio occupies the old bath house at the beach.  The park is also home to the Seward Park Environmental & Audubon Center, a partnership between National Audubon Society and Seattle Parks & Recreation.  Click here to read about more parks along Lake Washington Boulevard.
Posted by Jordan Jackson at 11/25/2011

The velvety green groundcover and moss is really magical. I enjoy seeing this in the wild or gardens. I am trying to figure out ways to incorporate this idea into our desert gardening. The moss won't obviously work, but there are some plants that are xeriscape friendly and that can mirror these emerald green colors. Beautiful.

Beautiful, Seattle strikes me as a city in which to be totally proud of.