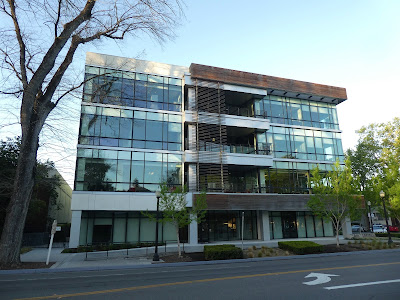 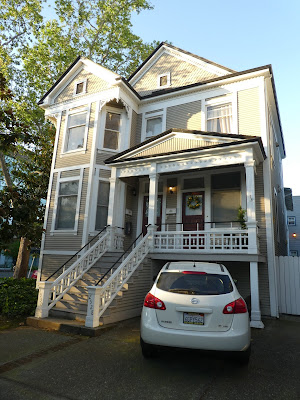 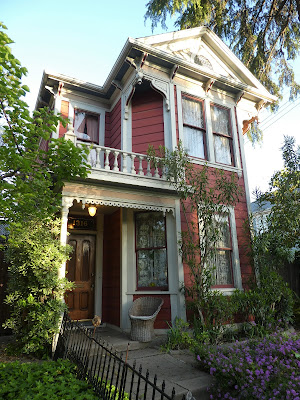 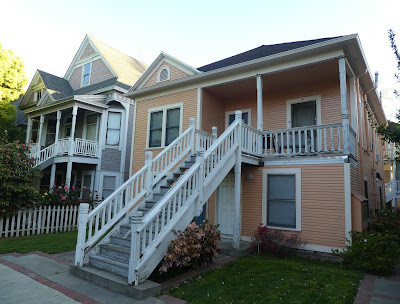 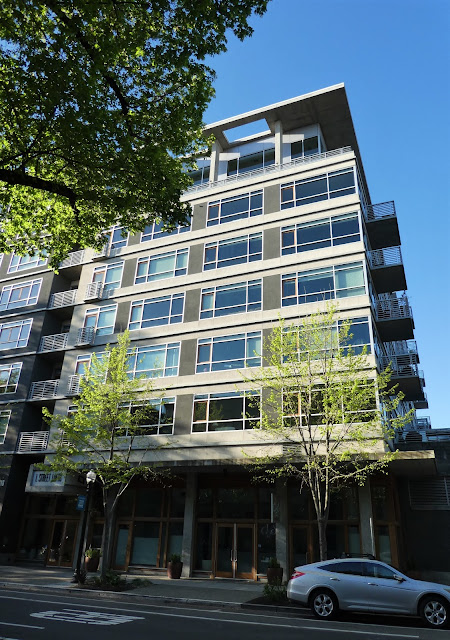 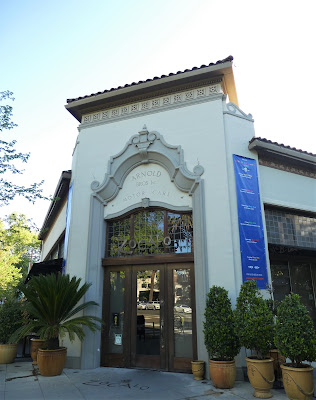 4-13-18: We went for dinner at Jack’s Urban Eats in Midtown, then walked around that area & had gelato. There were several gay businesses there, but it was also the main business district for all of Midtown Sacramento: a large, vibrant commercial & residential area. There were many beautiful Victorian houses, some used as offices. There were a few large new apartment buildings similar to those in Seattle. There was a light rail system. We liked it very much. 4-14-18: At 7 AM, I walked for a mile from the motel, through Midtown, to the commercial area where we had been the night before. I took lots of photos. Our motel was at the edge of Midtown, which covers about 2 square miles. There was a street market that morning. I bought bread.

Midtown is the most attractive, interesting & vibrant neighborhood in Sacramento. It is adjacent to & east of Downtown.  It lies between R St & J St, 16th St & 30th St.  Most of the neighborhood is residential. The Victorian, Queen Anne & Craftsman homes are charming & mostly well-maintained. Midtown is Sacramento's main area for restaurants, bars, clubs, boutiques, art galleries & various small businesses.  They cluster between 18th & 21st, N & J streets & also spread east along J St to 27th St. The Midtown Farmers Market takes place year-round, every Saturday, on 20th St between J St & L St in the center of this business district. Sacramento's small LGBTQ entertainment district & community center is located nearby at K St & 20th St.
Starting around 1890, Sacramento began to spread east from 16th St to Alhambra Blvd. The J St & K St business corridors were extended from downtown. This area of mixed housing & business was later called Midtown. Buffalo Brewing started in 1890 at 21st St & Q St, the largest brewery west of the Mississippi. Sutter's Fort was restored & rebuilt from 1891 to 1893. It was designated a National Historic Landmark in 1961. Firehouse No. 3 was built in 1893 at 1215 19th St & listed on the National Register of Historic Places in 1991. Memorial Auditorium opened in 1927 at 15th St & J St. California Packing Corporation (CalPak) Plant #11 began operations in 1930 at 17th St & C St. Sutter Memorial Hospital opened in 1937 as Sutter Maternity Hospital at 29th St & Capitol Ave.
The Capitol Mansions Historic District is located in Midtown between 22nd St & 27th St, Kayak Alley (between Capitol Ave & L St) & Matsui Alley (between Capitol Ave & N St). It is a group of more than 150 large, stately structures that were originally single-family residences. The features, characteristics & materials of the structures are consistent with Queen Anne & Classic Box/Foursquare homes. The latter is a sub-type of Colonial Revival homes, built prior to 1915. More than 150 structures were listed when Capitol Mansions became a historic district in 2004.
Posted by Jordan Jackson at 10/16/2020